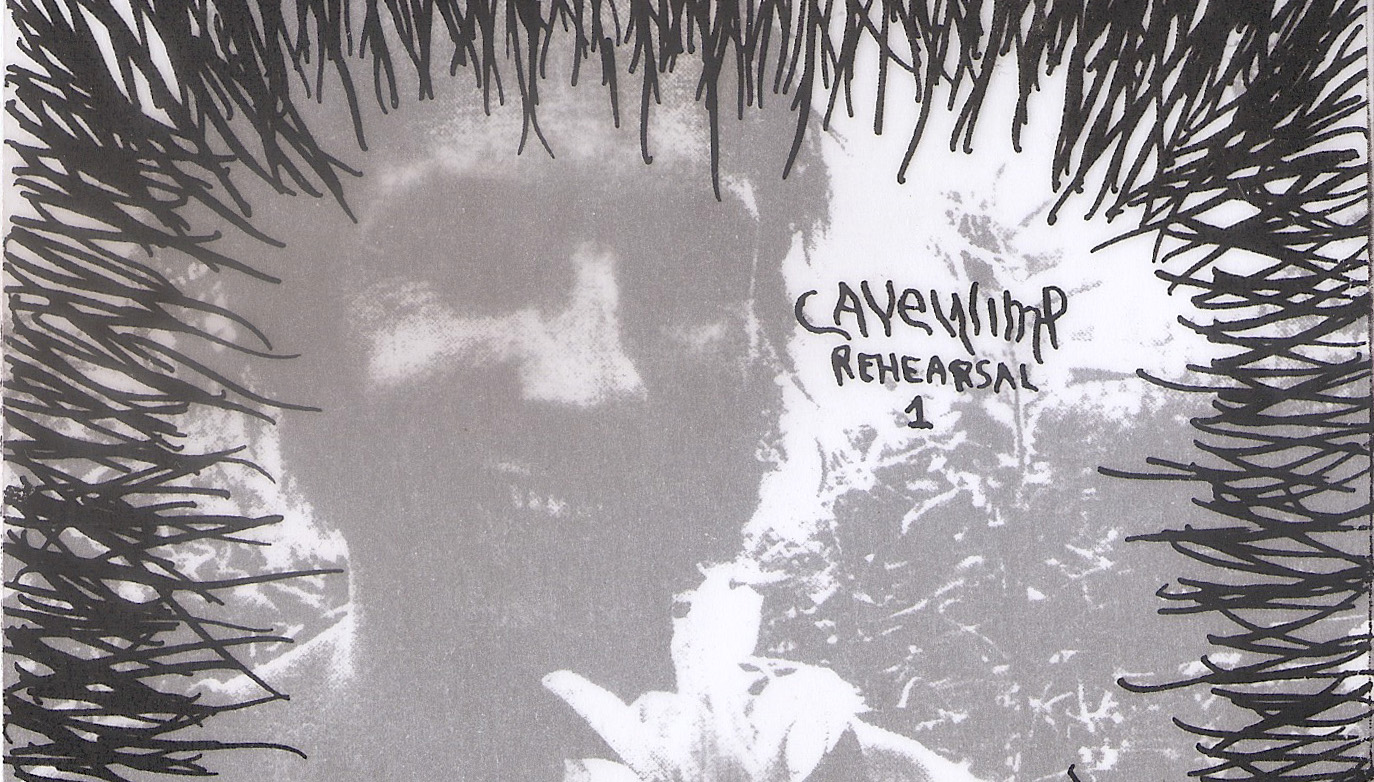 This Band Could Be Your Barista: Cave Wimp, by Daryl Gussin

Four friends record three songs, release a CD-r titled Rehearsal 1, and play no more than six shows. You would think the numbers add up to an easy-come-easy-go memory wiped clean by cheap booze and stress, but over a decade later the noise has stayed with me. A guitar tone so clean it feels abrasive, a vocal delivery so raw it feels uncontainable by the structure of a two-and-a-half minute punk song. If you ever visited San Luis Obispo, California’s The Lodge in its later days you got a taste of the chaos its inhabitants lived in on a daily basis. The campers and tents on the adjacent lots, the disarray, the eventual foreclosure, rent strike, and bank goons. An environment that spawned many a bad day, but also some truly glorious ones. Epic living room festivals that brought freaks from up and down California to merge in scenic San Luis Obispo for the self-realized DIY experience. SLO may be the quintessential mid-size, liberal college town, but these kids were from the dusty, methed-out surrounding areas who had sought refuge from the closed-minded, rural-suburban hegemony. They formed confrontational bands that understood the power of violence, not as a threat to safety, but a means to it. The bands were always good, but every once in a while, they were great!

As I walked into the Lodge during Broadfest 2011, Cave Wimp were already half way through their first song. Josh was screaming into the mic as he jumped around in this peculiar way where he was hunched over yet bringing his knees up to his chest, one at time, but in quick succession. The mic cable flopping around like a live wire. Eye contact unavoidable. A truly enchanting disaster that ended in the spectacular crashing crescendo of a Sorry Ma-era Replacements’ cover. Punk at its best, total disregard for its trends and conventions, just raw, barely manageable rage. A clamoring beauty that most were probably too preoccupied with the festivities of the day to truly appreciate.

Rehearsal 1’s final track “Wake Up!” is the clincher. A barbed call to arms for all us sacks of shit stuck in the endless marathon of modern life. There are two different breaks in the song that have burrowed a spot deep down in my soul. Like being suddenly awoken from a nightmare, the instruments cut out and Josh’s voice is in your head, “Wake the fuck up! Decide your own future! Get the fuck up! Make your presence known!” With feverish determination the band lays back into its punk-noise trajectory, then just as you’re able to return to your unquestioning conformity it happens again, but this time Milo is accompanying the break with a snare roll and Josh has somehow traveled further into your psyche, “Wake the fuck up! Don’t follow blindly! Get the fuck up! Stray from the lines drawn!” No matter how hard you want to return to comfort of your slumber, you’re never getting back to sleep.

For a little more insight into the recording process of this demo I emailed Matt, the guitarist, and here were his comments:
“The CD-r was recorded in the house behind The Lodge which was empty. We had drums, bass amp, and guitar amp in each corner of the room. One crappy large condenser mic in the center to capture it all live on to a Tascam 414. And for isolation Josh recorded vocals at the same time in the bathroom with a SM58. I think you’re the only one who actually liked us. Lol.”

Unfortunately Broadfest 2011 was the only time I was able to witness the live power of Cave Wimp, but I have the Rehearsal 1 CD-r, and all the projects that came after from the various parties involved: Rainbow Person, Pinnacle, ripe mangos, and most likely dozens more I’ve never even heard.

Getting four people in a room with instruments isn’t the hard part. Even if you’ve got the right gear and the chops, it doesn’t mean anything if you don’t have the purpose. Cave Wimp may not have lasted more than a year, but the output speaks for itself. Genuine pressure release from the frustrations of an endlessly frustrating world. When I asked Josh about the lyrics to “Wake Up!” his response was pitch perfect, “Funny enough, I wrote that song when I was working as a telemarketer. No wonder why I sucked at it.”