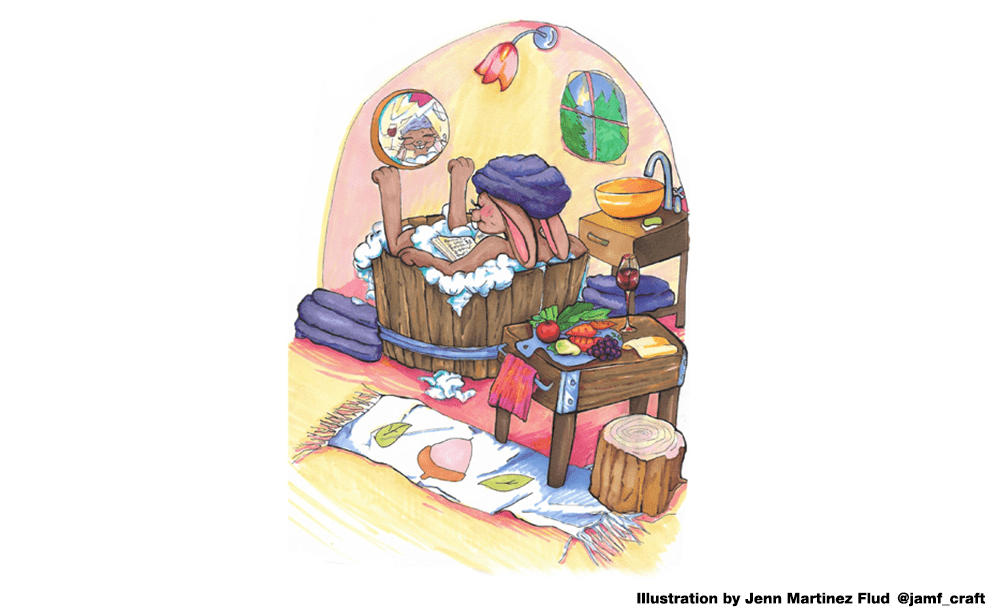 That sounds fairly positive, but it often does more harm than good. And I don’t think I’m alone in this. I often float between this space of being burned out and being bored—unfortunately, that means often saying yes to things that may not serve me, and quickly filling up my plate to satisfy a need—whether it’s to be needed, to be fulfilled, or just to feel like I’m contributing to society in some way.

And that feeling quickly turns to feeling overwhelmed, burned out, taken advantage of, and hurt. All by my own design.

I know I’m not alone in this. Just in speaking to peers there seems to be a general consensus on work-related burnout, but the less-spoken aspect of it is the fact that sometimes we burn ourselves out on our own. We take on more than we can handle. We create side hustles, we try to monetize our creative output, we say “yes” to plans with others because we want to make sure our social lives are enriched outside of work.

So why do we keep saying “yes”? It really depends on the person, but I think there are a few reasons for this (at least in my own experience, that is).

The word “no,” when uttered to others, should sometimes feel freeing.

If you’ve been following along with me, you’ll know that this isn’t the first time I’ve addressed my inability to say no and struggles with setting healthy boundaries. The word “no,” when uttered to others, should sometimes feel freeing. But mostly when it gets me out of obligations or intrusions on my free time, I’m left burdened with a feeling of guilt. How am I resting when I’m mentally torturing myself? I don’t say no because I feel bad about saying no. So I say yes and then hope that an outside force upsets my plans. I say yes until I can’t physically, mentally, or emotionally do whatever it was I said I’d do, and I scramble for some cheap excuse to finally say no, feigning sadness for that decision all the way.

It’s hard to set boundaries without hurting other people, and transparency is key… but how do you let people know that you can’t deal with them at this time without it turning into A Thing? Or without hurting them in the exact way you’re trying to not be hurt by saying no? I’m still navigating this myself, but I know there’s got to be a better way than just saying yes and putting everything else you need to make a safe or happy space for yourself on the backburner.

FOMO: for many, it’s just the worry that they won’t be able to contribute in a communal setting in a way that will force them into (or extend) an isolated period.

Sometimes, we say yes because we’re scared. Not because we’re afraid of others’ responses or of (in my case) karmic retribution, but because we’re afraid of what “no” may really mean. FOMO (the fear of missing out) is represented by many as this sort of juvenile reaction to not having as much fun as possible, when for many, it’s just the worry that they won’t be able to contribute in a communal setting in a way that will force them into (or extend) an isolated period. Something that’s absolutely been amplified by the pandemic. Financial and job insecurity has also stopped so many from saying no, even if they feel relatively secure in those areas. Because being “secure” now doesn’t mean you will be tomorrow, so why not always have backup plans just in case? You know, something else that’s absolutely been exacerbated by the pandemic.

Then, there’s one last reason...

It’s that people of a certain age are just unfamiliar with the word “no.” I’m not looking to get into a generational pissing contest like so many are apt to do, but there does seem to be something about people (especially men) of a certain age and their loose understanding of the word no. I’m also not looking to ascribe a certain mindset to an entire age group, but I’ve found more and more that men a few years older than me take “no’s” more as suggestions rather than commands. I know part of that stems from my attempts at the softer approach to saying no, the “Maybe not at this time” or the “No, but…” which seems to set off a flare that says “Steamroll me, please.” When you experience it enough, it makes you want to give up saying no and just let people do what they want… because they’re going to do that anyway. And in that case, saying no just leads to the same fatigue that a yes would.

On that same point, there’s also been this movement that should, in theory, be a good thing, but often seems to be a dog whistle for people with boundary issues. And that’s the “shoot your shot” approach. Social media has put out this idea that anyone should just throw their wishes out into the universe and hope they manifest… something that’s absolutely incredible and can remove the barriers to access so many people would otherwise need. But with the good comes the bad, and it’s the all-too-eager-don’t-understand-the-word-no folks who often cloud up the space, insisting that their wishes not only be acknowledged, they must be granted, regardless of the well-being of others. I know those people may not be dominating the conversation, nor do I think that the shoot your shot idea should cease to exist, but it’s another factor that makes it hard for people to say no, lest they not be wracked with the guilt that they couldn’t guarantee another person’s happiness (or that they could, but at the expense of someone who maybe needed it just as much, but wasn’t able to find the words or be bold enough to ask).

But if we can all acknowledge that we’re burned out, fatigued, and experiencing—at best, malaise—or, at worst—the most heightened aspects of failure and a never-ending sense of doom, as so many articles and conversations suggest, then why can’t we start saying “yes” to saying “no”?

It seems like we have the tools in our arsenal now—we just need to employ them. We’ve established how we feel and, more importantly, why we’re feeling that way. So now that we can put that into words, the next step is uttering it to others who demand too much of us. Letting them know that we can’t be at our best until we rest. That a no doesn’t have to be permanent, but an honest, enthusiastic yes will always yield better results than a begrudging one.

That being said, there’s still one last thing to acknowledge: how can we feel fulfilled without actively doing things to keep our calendars full, from sunrise to sunset? How can we embrace our creative or personal endeavors without the need to monetize them?

That one’s a little trickier. Capitalism has taught us that we can only really define ourselves by how much me make, how much we own, and the amount of people we keep in our social circles regardless of their value to us, so much so that having a unique talent doesn’t mean much if you’re not “known” for it… and the only way to be known is to make money off it. And there’s nothing wrong with wanting to monetize the things we enjoy (especially in a world where “traditional” jobs are fleeting and employers are yet still so ravenous), so long as we don’t lose sight of why we did them in the first place.

I implore you all, don’t forget to make the time to do things you enjoy just because you enjoy them.

But I implore you all, don’t forget to make the time to do things you enjoy just because you enjoy them. Write for yourself. Create art for yourself and your loved ones without expectation. Say no to the things you’re only saying yes to out of a sense of obligation and nothing else, and use the time you gain back for yourself, even if it just means reading a trashy novel that you enjoy or knitting a scarf you know you may never finish. Find peace in the little things, no matter how trivial they may seem. Love the things you create, even if you’re the only one that sees them.

Say yes to the things that matter. And if people have a problem with that? Say yes to telling them (politely) to fuck off.