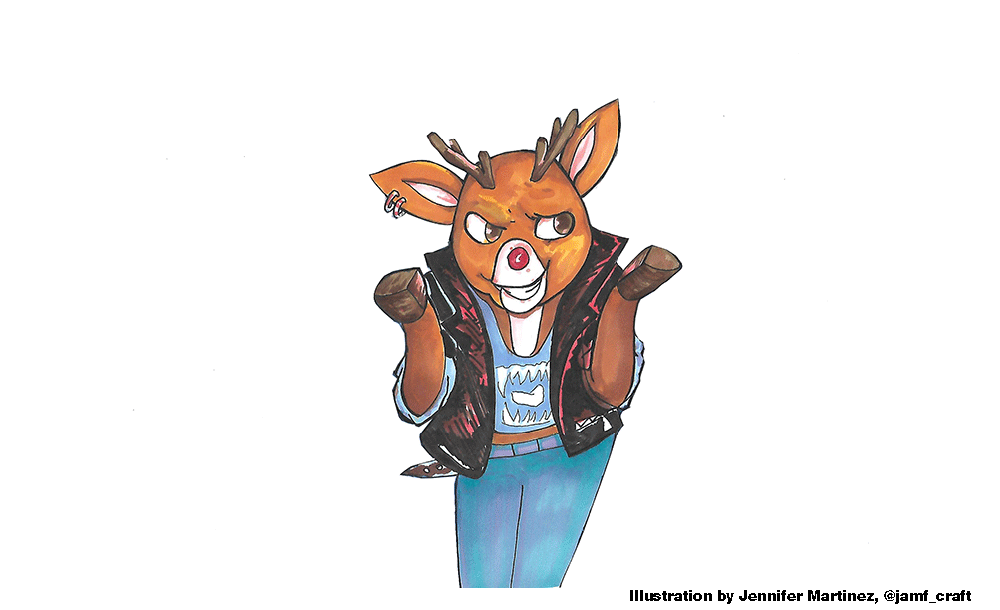 It’s true; no matter how hard I work, what I accomplish, any praise or accolades I may receive, it’s just simply undeserved, for I am, in fact, just like a plastic bag floating through the air, hoping to land safely in the right place at the right time. I do not deserve any praise; I’ve only made it this far because I’ve just rolled with the punches and hoped for the best.

At least that’s what I—and seemingly many others (especially in my age range)—believe to be true.

I’m not sure what’s brought on this phenomenon—I thought it was most likely being told over and over again we’d be worthless lest we rack up thousands upon thousands of dollars in student loan debt, only to enter into the worst job market in a generation, for us to all to inevitably have to go back to school to find any job that might pay a fair wage or work doubly hard to make half of what people made decades ago. Just a hunch, can’t confirm that, though.

I recently discussed the difficulty in saying no, and it’s absolutely an extension of these feelings of inadequacy I and so many of my peers often face. We’re all constantly achieving burnout, not only because we’re just that saddled with work (for many it’s from having one or more jobs just to be able to afford the bare minimum), or with an intense need to burn ourselves out as a means to prove we’re sufficiently “earning our keep.” It goes beyond stacking up overtime hours (for those who can get them) and instead is a need to keep busy to feel worthwhile—even if we’ve earned what many may consider moderate-to-decent amounts of success.

There’s this constant undertone of a sense that... I’m just two kids standing on each other’s shoulders inside a giant trench coat pretending to be an adult.

Success, of course, varies from person to person and can (and should) be defined differently for everyone. However, even by self-set parameters, I find myself questioning if I’ve truly achieved these “wins” or if they can even be considered “wins” at all. There’s this constant undertone of a sense that the bottom is going to drop at any minute, that I’ll be found out, I’m not doing any of this work, creating these things, seeing projects to completion—I’m just two kids standing on each other’s shoulders inside a giant trench coat pretending to be an adult.

No matter how hard I work, no matter what gains I make, what new things I learn, connections forged, I feel as though I’m just pretending. Like I’m truly embracing the notion of “fake it ’til you make it,” despite not faking a damn thing. It’s like an outer-body experience where I’m witnessing myself doing the things, but I’m still not believing it’s truly me doing it. I’m a woman possessed—the spirit inside me is doing all the hard work, and my dumb, clumsy, tangible body is just a vehicle for the inner hellhound who deserves all the credit. Like there’s just a ghostwriter for my life’s accomplishments.

I should be embracing that inner beast as just my own determination, but instead it feels like we’re at odds with one another. I’m taking the credit for all her hard work, shoving her down and shutting her up, not hyping up the good things she does, but downplaying all of them and just, “Um, so I did a thing”-ing my way through some of the biggest moments of my life so far.

Growing up, all I ever wanted was to be a writer. When I got older and started to set more realistic career goals for myself, being an editor was at the top of that list. I’m now both of those things and yet I still find it hard to describe myself as either. Despite being a published author, I still refer to myself as only “kind of” a writer. I say I do editing work without feeling confident enough to just call myself an editor. These are titles and jobs I’ve worked my ass off for, so why the hesitation? Why can’t I just allow myself to be the things I already am?

And yet, there are so many others who seem to be so comfortable just letting go of the wheel and truly living their best “faking it ’til they make it” lives. People who have been rewarded more than I’ll ever be for doing a fraction of the work I, and so many like myself, have done. Sometimes I can’t tell if I’m angry about this or jealous of them—if only I could truly embrace and reap the rewards of my efforts without putting in the time, effort, and care. Would life be easier that way? Would I not agonize and worry about every single thing? Could I sleep at night knowing I didn’t deserve my success, when I feel that way often now, even despite my best efforts?

Ultimately, I’d rather feel it all—the good and the bad alike—and know I’m still crossing major things off my life’s to-do list and achieving my goals than just fall ass backwards into things I might not deserve or didn’t work for. But that being said, I’d still like to know when and if I’ll ever achieve that level of comfort where I can just sit back and enjoy the successes without feeling like I need to justify why I have them and work harder for the next one, constantly having a need to prove I’m deserving of good things. I’d like to say, “Hell yeah, that’s my handiwork” without feeling like I’ll be branded as conceited or not as good as someone else.

I’d like to say, “Hell yeah, that’s my handiwork” without feeling like I’ll be branded as conceited or not as good as someone else.

I hope the same for a lot of my peers, too. I hope we can all enjoy the good things once in a while. That we can relish in our accomplishments and not feel like we have to underscore them. That we can stop when we know we not only need to, but want to, and still feel like we’ve done a damn good job. That we’ll finally stop feeling like we have so much to prove, and start believing that we deserve happiness and complacency.

That we won’t take so literally the notion of burning out rather than fading away.