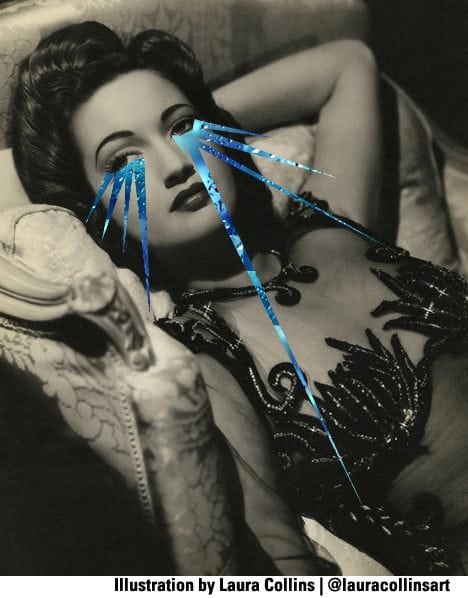 I’m a crybaby. I have no qualms about admitting this. Most people who know me probably already know this fact and those who don’t—well, they just haven’t spent enough time around me yet. I was in the first grade when the Chronic Crying™ began. It was a Monday, right after my mom’s thirty-first birthday, and we were nearing the end of the school day. As a “treat,” my class was watching one of those animated VHS tapes—the ones made specifically for Catholic schools. Nothing out of the ordinary was going on, but then something hit me: I really missed my mom. She hadn’t gone anywhere; I just missed having her nearby. I kept replaying in my mind how happy we all were just one day prior. For the first time in my young life, I felt the emotional pangs of nostalgia—even if it was only for the weekend. I missed the happiness we felt being all together. I missed not having to be separated by school. I just… missed. And before I knew it, before I could explain it or even begin to fathom it, the tears came gushing down my cheeks.

My teacher noticed and pulled me aside to ask me what was wrong. I think I managed to stammer out some BS about the dumb animated dog film we were watching. Maybe I blurted out that I missed my mommy—that part is fuzzy—but the truth was, I really had no idea what was happening. Unfortunately, this was a confusing sensation I’d have to learn to get used to, since this became par for the course every day for the last two months of the school year.

The crying episodes got so bad that my teacher had me step outside the classroom with her. She pleaded with me to stop. She begged me and asked what it was she was doing wrong. That only made things worse. Knowing my unexplained sobbing was also causing confusion and sadness in others just filled me with even more upset. I had no answers—it just seemed to be something beyond my control. Days where I’d successfully avoid crying (or, at very least, avoid letting anyone see me cry) were triumphs. I eventually made it to the end of the school year and spent a (relatively) tearless summer.

Second grade brought with it a renewed attitude, until one day when the tears inexplicably started up again. My teacher, a different one from first grade, pulled me aside and told me she heard about my episodes. She wasn’t about to deal with me crying every day. I could sense my classmates’ groans and snickers at my expense—they, too, were tired of my shit. That’s when a new sensation swept over me—one of extreme shame and embarrassment. And that feeling plugged up those tears because, in that moment, that was a far worse feeling than sadness—and one I could easily understand. Thus ended the crying saga of my eighth year of life.

Thinking back on it now, it’s kind of astonishing how little my educational system cared about the well-being of one of its young students. Instead of having a formal sit-down with my mother, it was only mentioned here and there as an aside. Instead of having me sit down with the school’s psychologist, I was instead scolded, shamed, and made to feel worse about what was going on. There were no further attempts to unpack what was going on with me. It seemed like the only way to solve it was by making me feel as though I were doing something bad. I’m sure there was nothing malicious behind it—just teachers underprepared for dealing with the needs of an apparently emotionally fragile child—yet it still seems like something that could have been handled with, pardon the pun, kid gloves.

For the rest of my educational career I’d only cry in certain circumstances, likely for fear of being embarrassed. The crying usually accompanied panic attacks which struck me in the wee hours of the night during my preteen years. Other than that, it took a lot to get me to a point of breaking down. High school left me unfazed; I’d balk at the other young women who got emotional over fights with boyfriends or receiving low grades. Maybe it was my keeping online journals to write out my feelings that allowed me to better understand my emotions than I ever had before. Maybe my life was just pretty all-around okay, but for some reason I was an alarmingly even-keeled and unemotional teenager.

It wasn’t until college when I experienced losing someone very close to me for the first time that I felt true sadness again. And with that loss came an emptiness, an impending sense of doom that set me sail on an emotional tidal wave. Suddenly, it wasn’t just sadness anymore that caused me to cry. It would come from anger, frustration, nerves, existential dread and, the one I hate the most, absolutely no good reason whatsoever.

Crying is weird. I still find it hard to quantify what will or won’t make me cry. When I’m angry, the tears come rushing out before I have the chance to control them. When I’m sad, there’s no telling when the crying will actually begin. But the worst is feeling completely out of tune with my body and my emotions. As confusing as it was to not understand why it started or where the tears were coming from is just as bad as not knowing why they won’t. Berating myself and feeling that utter internal sadness, knowing that if I could just allow myself to cry—just really sob—it would make all the difference. But it’s always in those moments when the tears refuse to freely fall. It’s when I, shockingly, want to cry I can’t.

One thing I’ve learned from being a crybaby is that a good cry every now and then can actually be a positive thing. It’s reinvigorating, an enigma—simultaneously exhausting and rejuvenating.  It makes my face and red and puffy yet also exfoliates the pores or some shit. I don’t know. That might be a lie, but, either way, crying can feel really good when it’s a release of pent up aggression or long term sadness. I’ve also learned that it still kind of sucks to get caught crying in public and my total fear of complete embarrassment will often cure that. Maybe I’m not really all that different at thirty than I was as a scared and confused eight-year-old. I just now have more constructive ways to channel my feelings. But I won’t give up working on understanding myself better—I owe it to the sad little girl I used to be.