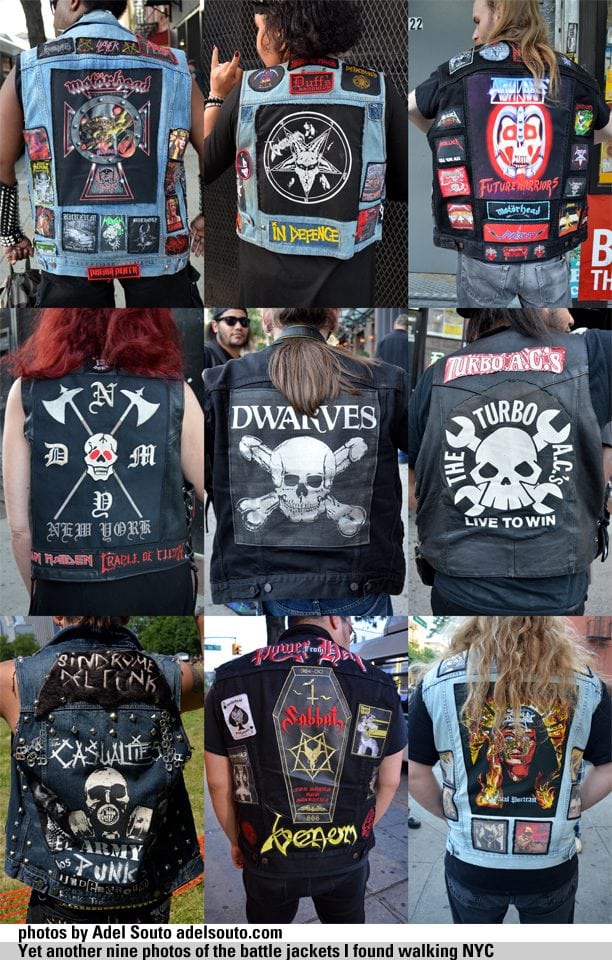 The Backpatches of NYC (Collection 8) by Adel Souto

For Razorcake’s eighth post in this NYC series we’ll see mostly classic underground bands, so let’s get to it. Row one begins with a real beauty for Motörhead, then another of the many Venom patches I come across, and we stop on ‘80s New Wave of British Heavy Metal stalwarts Atomkraft.

Off the path of bands, I came across a patch for the New York Death Militia (a club of heavy metal band members and old schoolers, who many call a gang), to start the second row. That is followed by a naughty one for The Dwarves, which has the wearer of the next vest smiling for the camera—that wearer has on one for this city’s very own The Turbo A.C.’s.

The last row begins with another local act, street punk revivalists The Casualties. It is centered by Japanese black metalers Sabbat (with a large Venom bottom rocker), and ends on a colorful one for heavy metal hero King Diamond.