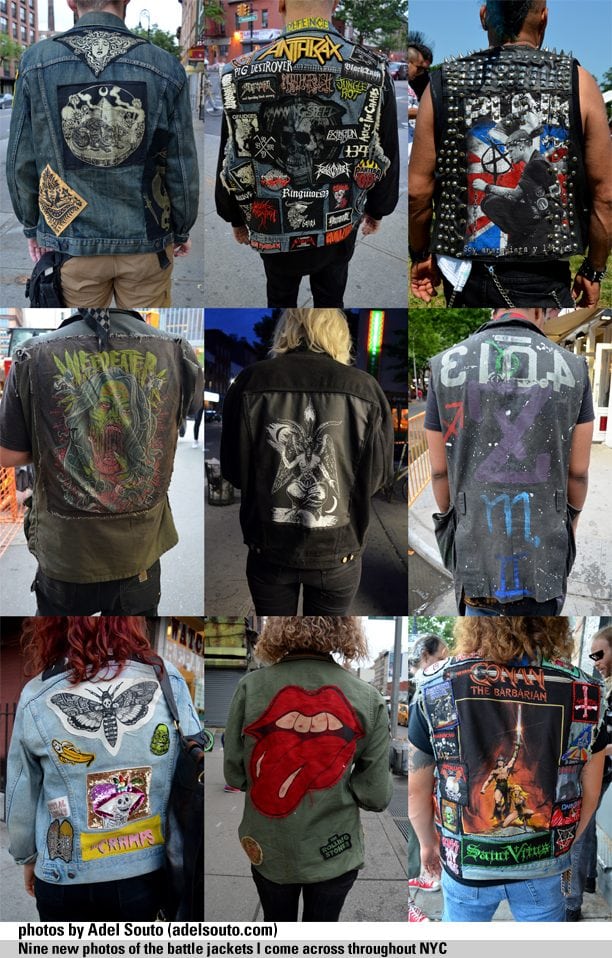 The Backpatches of NYC (Collection 6) by Adel Souto

For the sixth outing around this city, we have artists, bands you’d expect, some bands you didn’t, and even heroes of sword and sorcery. Our first row starts with a silkscreen by Brooklyn artist Dana Glover, then a hodgepodge of patches with the biggest belonging to Boston crossover thrash crew Ramming Speed, and a severely studded vest from a Spanish punk. Row two begins with a crusty kid sporting one for stoner metal gods Weedeater (who hail from North Carolina), centered with a nice night shot of a Baphomet backpatch, and a handmade vest by local hip-hop producer DJ Zodiac. Our last row begins on a swirl of cute and creepy sew-ons, an odd one for—of all bands—The Rolling Stones, and we finish with a colorful rendition of Robert E. Howard’s Conan the Barbarian, which originally began as a series in Weird Tales magazine back in 1932.