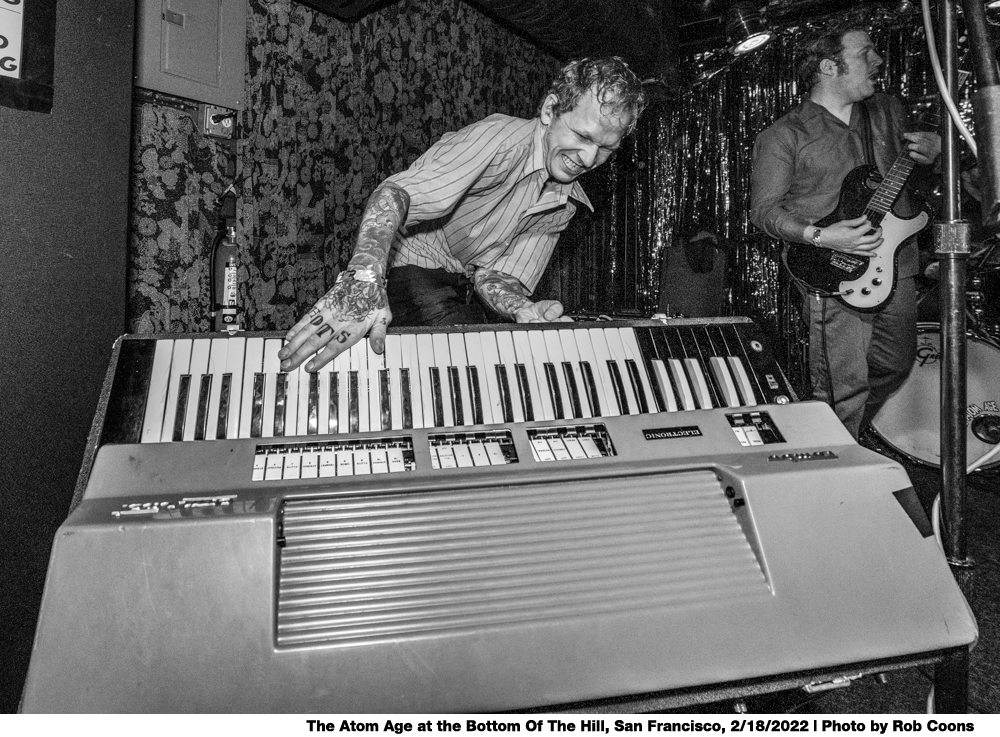 This photo of The Atom Age was taken on 2/18/2022 at the Bottom Of The Hill in San Francisco. Before they played, I saw them in the back of the club doing stretches and warming up. That immediately perked my interest!

I figured if they were limbering up before they played then they were going to be super high energy on stage. And they did not let me down. This six-piece band was firing on all cylinders for the entire set. Screaming, dancing, jumping and sweating… the way rock’n’roll was meant to be played! And it was a blast watching this keyboardist, jumping around, and tossing his Farfisa keyboard all over the place! What a great band!