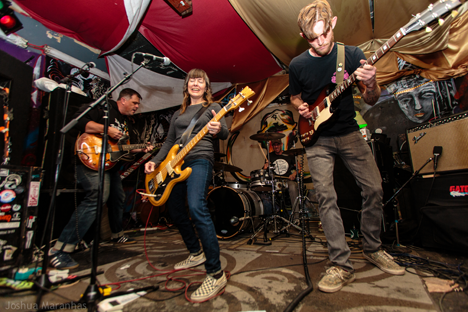 Razorcake Presents an Exclusive Stream of The Black Dot’s new full-length: Everything Has Gotta Change

Razorcake Presents an Exclusive Stream of The Black Dot’s new full-length: Everything Has Gotta Change

Today we’re proud to offer an exclusive stream of a new album by some honest, hardworking musicians. A couple of them we crossed paths with many years ago when they resided in various cities in California and they have remained very near and dear to our various hearts.

Later this month they’ll be headed down to Gainesville for the official release of this album at this year’s Fest (Sunday / 5:15 / Boca Fiesta / be there!). In the meantime, enjoy these eight tracks and don’t forget to pick up when it gets released by Snappy Little Numbers and La Escalera.