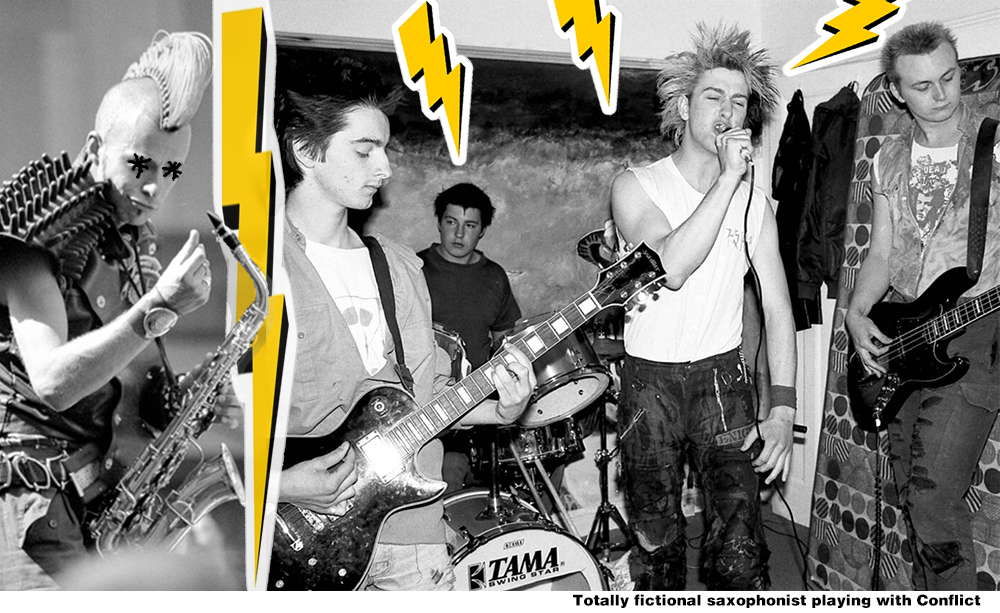 Razorcake Podcast #808 When Horns Are Okay 18, The Process of Reeding Out with Ethan, Todd, and Tim Avis

Some notes: Tim Avis’s voice is channeled through a Muppet. Done with love, not malice. Thanks for joining us, Tim.

With the band Candy, we mentioned that it featured future Guns N’ Roses guitarist Gilby Clarke and mentioned singer-songwriter Kyle Vincent, but didn’t note that he’s been dubbed the “crown prince of soft pop,” and got high praise from Barry Manilow as “One of the best singer-songwriters to come along since the heyday of Tin Pan Alley.” Glendale Community College grads represent!

It’s official. The London Cowboys should have cut that song in half. Way too many “They get in the way / Blue murder” refrains. There’s even a spot in the song where they pause. Perfect place to have stopped.

We mention that Mick Talbot was previously a member of Dexys Midnight Runners, but Todd didn’t know that “Dexy” was slang for Dexedrine, a prescription amphetamine. You know, for dancing.

Please tell us if you have a copy of The Style Council’s “Walls Come Tumbling Down,” that doesn’t skip in that section, or if that’s really part of the song. Ethan tracked down every version of the song he could, and they all have that skip. Weird.

Mark E. Smith died in 2018. The Fall released thirty-two albums. He passed far too early at the age of sixty.