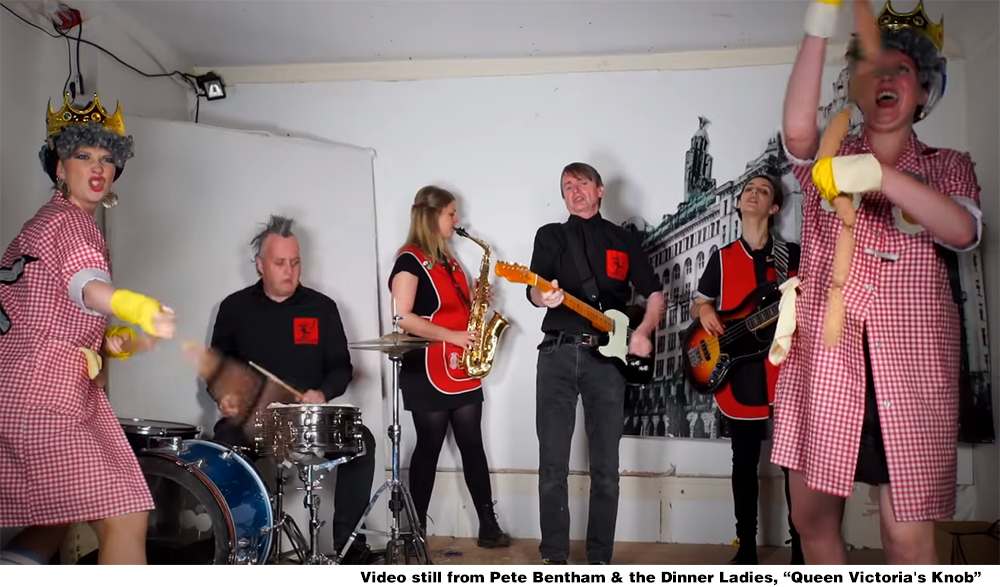 As mentioned previously, this horn journey has its self-imposed, largely arbitrary rules. Mostly punk. One of us three yo-yos has to like the song we put into the mix. No pulling from genres that are defined by the inclusion of a horn: ska, ska punk, reggae, jazz. No slagging on those genres; it’s just we want to see how far we can go, how many punk artists included horns in their songs without playing The Saints, X-Ray Spex, and Rocket From The Crypt on repeat.

An unexpected reward has been looking at punk through a very particular lens. It puts us on treasure hunts. It rewards us by bloodhounding brand new bands and bands we’re familiar with, but with newly calibrated horns-perked ears. Ethan found The Mad song hiding in plain sight. Todd spent six hours listening to an entire discography of a band, only to find the horn was in another project by a member of that band. It was six hours well spent, even if it was hornless. No regrets because it’s disrupting listening patterns and giving us the ability to listen for something completely new to us.

I know I’m speaking a little of out turn here, but we’ve now found close to five hundred songs and have six months beyond this episode already mapped out. No end in sight, for better or worse. Such is the nature of fandom—finding something to distract us for a short time while the world burns.

Celibate Rifles’ name is the antonym of “The Sex Pistols.” The name of their album, Sideroxylon, sounds a bit death-metally but is a type of eucalyptus.

According to Discogs, someone out there paid $650 for The Mad’s 7”. There’s a near mint one currently for sale for £800.

Spike Slawson did backup vocals and bass with Swingin’ Utters, contributing to the band from 1998-2013.

Apologies to Anthony Thistlethwaite. We spent some time hypotheticalizing how to pronounce his last name, while we pronounced his first name the whole time as “Alan,” instead of “Anthony.” Oops.

The image used for the podcast is from the video of Pete Bentham & The Dinner Ladies, “Queen Victoria’s Knob,” which we didn’t play on this podcast, but the visuals of gleefully swinging sausages were too fetching to pass up.