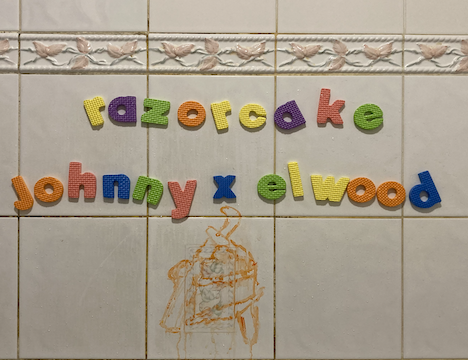 Razorcake Podcast #795 with Johnny and Elwood

So we’re back. It’s been a while since we last took off on a punk rock journey across the world but finally we return to your ears with some top quality punk rock from Japan. Since we last hung out a new addition has joined our crew. Our daughter River was born and it turns out I forgot how difficult a new born is and she is probably the easiest going baby in the world. Properly listening to music is replaced with using music to provide you with some energy and nice sounds that keep your brain together.

One of the main takeaways I’ve got from these songs is that being a virtuoso on your instrument is awesome. There is nothing wrong with honing your craft a becoming an expert in it, rather it should be celebrated. So why are artists like Steve Vai and Joe Satriani so boring? Because they don’t combine being insanely talented with good song writing. So many of the bands I’ve listened to for this podcast have done just that. The songs make you want to dance whilst also blowing your mind with their abilities. You don’t have to care to enjoy the song but if you do you get a whole new level to dive into.

Ultimately, it felt to me like the bands I found from Japan were playing with such enjoyment of what they do. There is less pretentious airs and more just love of music. Maybe they’re slightly insulated from the bullshit of Twitter that lives to just put any fucking thing down that’s just about having fun. Or maybe in true punk fashion they just don’t care and play what they want.

I know punk started as a reaction to the over blown stadium rock of the ‘70s but that doesn’t mean talent went away, instead it got honed and some of these songs show where that can go. As Mick Jones sang “I practiced daily in my room.”