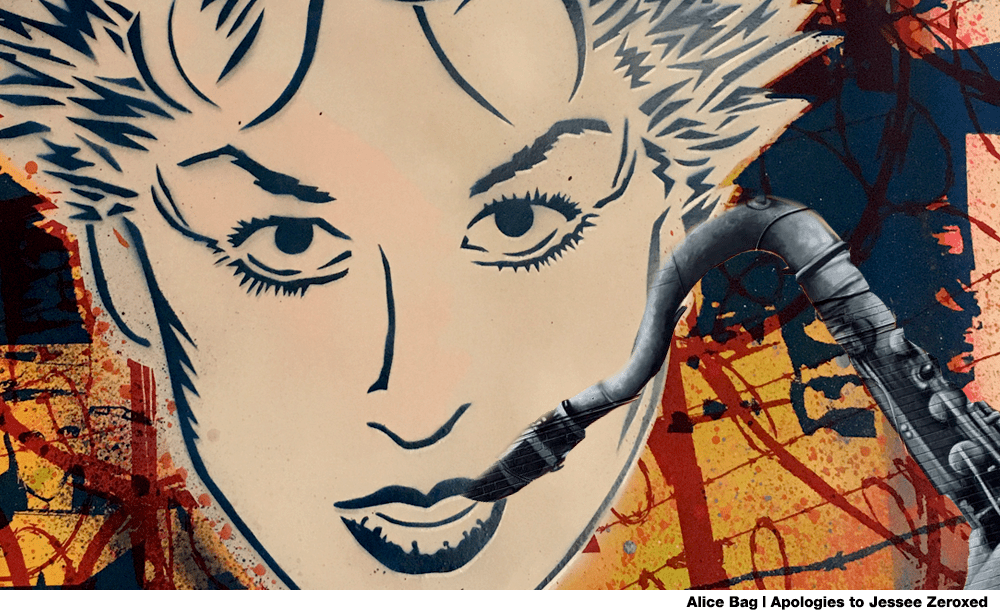 Welcome back to the punk horn podcast that stays true to Ethan’s bold claim of “At least one of us enjoys the songs we’re playing.”

Here’s what gets covered and discovered. Since neither one of us thought this podcast series would have such legs, and we’re both going down separate wormholes, the music we’re playing is often music we’ve recently discovered. It’s also music we don’t personally own, so we know less about the bands than in previous podcasts. To cover this challenge, I’ve started making wild assertions backed by no facts.

Here’s the first one: throughout their existence all members of The Swingin’ Utters are collectively punk rock’s Johnny Cash.

Here’s the second one: I sure hope that the Viagra Boys’ Shrimptech Enterprises is a time machine echo of Miller’s “plate o’ shrimp” exposition in Repo Man. I’m postulating that the Viagra Boys recognize and embrace the “lattice of coincidence that lays on top of everything,” but I just may be projecting because I love Repo Man and the Viagra Boys and want to see a correlation. Or, in the words of Otto in the same conversation, “How the fuck do I know?”

Today’s trivia: Levi Stubbs wasn’t only the lead vocalist for the Four Tops, he was the voice of Audrey II, the plant in Little Shop of Horrors.

Thanks to Ethan for “Canadian Sunset.”

Thanks to Kurt Morris for the Siege song. I’d previously considered it, but your suggestion pushed me over the edge.

Thanks to Tim Avis for the leads on Blondie songs with horns in them. Unfortunately, I really didn’t like the songs. I’m not a huge straight-up disco nor “world beat” fan, so I didn’t play any of them. See the first sentence of this podcast’s description as to why.


This podcast is dedicated to Benjamin “Benis” Vallé, guitarist of Viagra Boys, who passed after we recorded this.