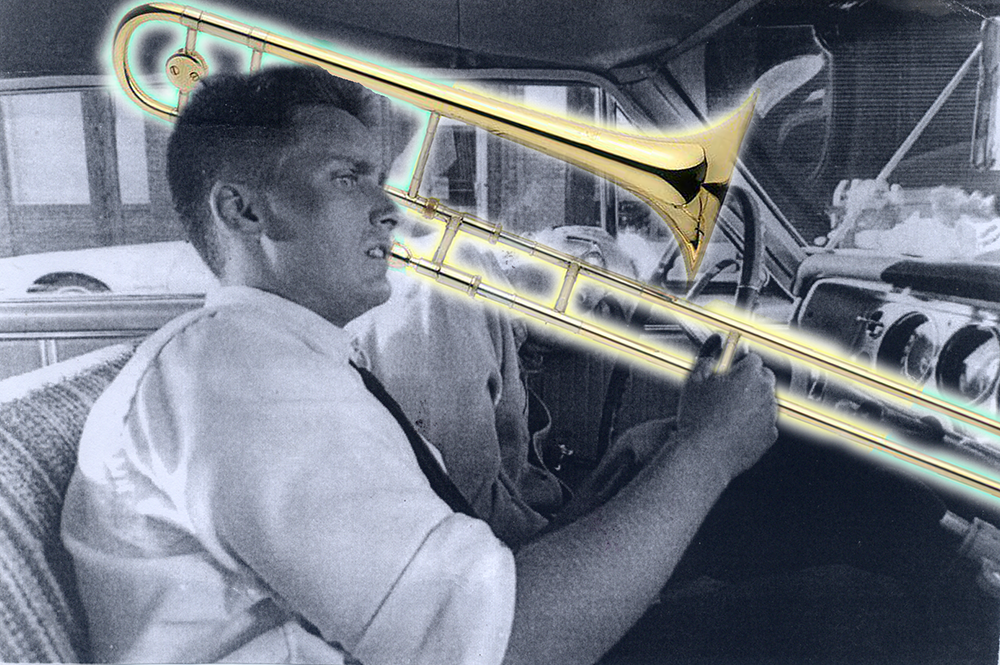 Razorcake Podcast #762 with When Horns Are Okay 10: Deep Divin’ Down the Horn Hole with Ethan and Todd

I think it’s fair to say Ethan and I underestimated ourselves. Months ago, we thought Horns 10 would be our skronky swan song.

I didn’t really think of how much music I listen to on a daily basis—around thirty hours during a regular week. Yet, I’m still surprised to find records—that I own and have listened to hundreds of times—over a year into this dumb/fun/stupid/great project which have at least one song with a horn in it. My ear’s become more horn-attuned in the process. I’ve got a mess of post-its near my computer with reminders of what to play in upcoming episodes.

As mentioned in the podcast, we’re actively assembling a playlist for Horns 13, so you’re stuck with us for the foreseeable future. Whomp, whomp.

And with that, the notes:

When tracking down songs, I often stumble on some trivia.

I had no idea “Needle in a Haystack,” the G.B.H song Ethan played, was a cover. It was written by two long-time Motown songwriters Norman Whitfield and William Stevenson, originally performed by the Velvelettes.

Pointed Sticks were the first Canadian band signed to the U.K.’s Stiff Records, but at a time when the label was going through financial problems. Stiff ended up never releasing an album by the band.

Gexa X produced “Holiday in Cambodia” for Dead Kennedys and “Lexicon Devil” for the Germs. That made perfect punk sense. But then he also produced “Bitch” by Meredith Brooks, which was a mega-hit in the ’90s. Ethan swore I’d heard the song before. He was right, but I thought it was by Alanis Morrisette.

In another soul music connection, The Flying Lizards’ “Money (That’s What I Want),” was co-written Motown founder Berry Gordy. What I think are horn sounds could totally be something else, like a sound played backwards. But then Ethan boldly stated, “Fuck it. It’s our podcast. We can play what we want.”

Let’s end with that bold pronouncement.