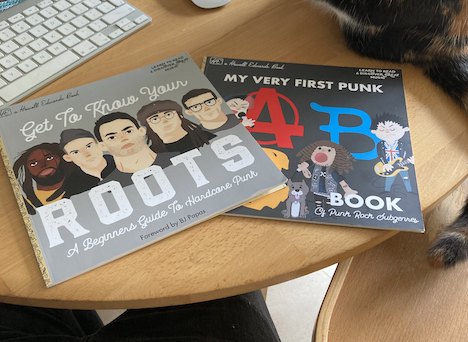 Razorcake Podcast #734 with Johnny and Elwood

One of the joys of working till 1 AM at my supermarket job is that I get to listen to whatever I want after the store closes, before that time I have to listen to my own thoughts and that’s just a horrifying experience. Of course, the majority of that time is listening to guitars, drums, and vocalists making the unholy racket of punk that we love. But I also like to mellow it down a bit and listen to podcasts and audiobooks. Luckily, my local library has an app that lets me listen to audiobooks and not line Jeff Bezos’s pockets, in fact because it’s a library it doesn’t charge me at all because libraries are fucking awesome.

I recently listened to Serhii Plokhy’s Chernobyl: A Tragic History and it was fascinating to find out the tremendous consequences of that event. It was a major part of the collapse of the Soviet Union, as people realised that their government was trading their safety for its own goals. Economic concerns out weighed people’s lives and it took a cataclysmic tragedy to show the people that they had to take back the power.

The responses of governments to COVID-19 once again highlights that those in power far too often believe that the economy is more important than lives of people. Some acted to save their people, Jacinda Ardern of New Zealand has shown herself to be of the highest merit when she acted swiftly and decisively to put the lives of New Zealander’s at the top of her concerns. Boris Johnson and Trump did the opposite and we live with the consequences. Maybe, and I really hope it does, this pandemic will highlight the need to see that life is more important than anything and we as humans have got to start acting like it.

With all that being said, Eastern Europe has produced some fucking amazing punk and hardcore and we present a choice selection for you to enjoy and hopefully find something new that gives you excitement in a time when excitement is hard to come by.