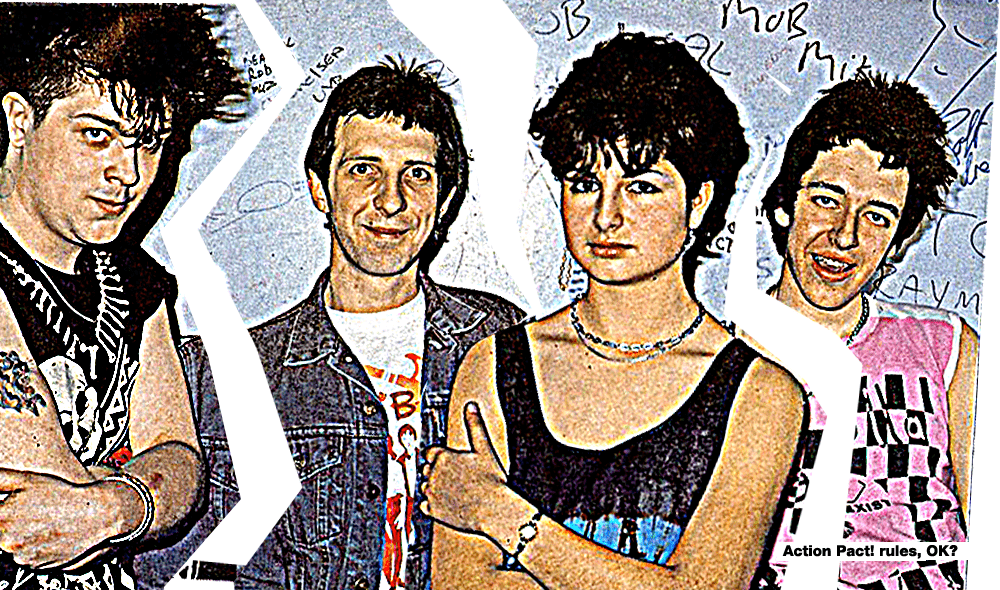 Razorcake Podcast #732 with When Horns Are Okay IV with Todd, Jennifer, and Ethan

Todd here. For this un-subtitled When Horns Are Okay IV, Jennifer bids adieu to Todd and Ethan. What had begun as a lark, a “Hey, I think there are a handful of punk songs out there that don’t suck. Let’s play them,” vibe had turned into something much longer that required a level of dedication that extended far past her initial enthusiasm. No shade. We all have our limits.

The trouble is that when I started listening for horns during my usual listening regimen, I’d jot down another song. Then another. Often times, it’d be a song I’d heard plenty of times, but didn’t take special note of a song’s horn-inclusion in the middle of a record. I’m always trying to expand what I listen to and since I edit them, I also take cues from Razorcake’s own record reviews. More horns. I visit classics. More horns. I think it’s somewhat fascinating, this lateral listen to a cross-section of quite a few punk subgenres through the connective tissue of horns.

In this episode, Ethan and I are still not fully convinced that the Masshysteri song has a horn, even when it’s credited on the sleeve, I quiz Ethan on the back side artwork of Bikini Kill’s Reject All American (because I originally had the CD and didn’t realize what it was until I got the LP), and Ethan outs me as being “much older.” True, he was in second grade when I was a senior in high school, but the current difference between thirty-eight and forty-nine seems much less suspect.

As always, I hope you enjoy this installment even though there is considerably a lot less giggling. We miss you already Jennifer!