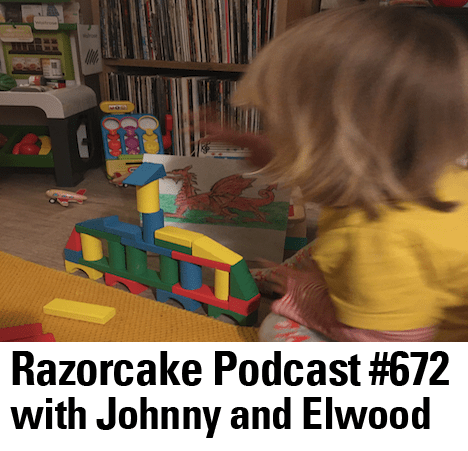 Razorcake Podcast #672 with Johnny and Elwood

Razorcake Podcast #672 with Johnny and Elwood

I have to be honest, I don’t have a huge amount to say about Wales. This isn’t the fault of the place, Wales is a beautiful part of the British Isles with its own language and rich culture, it’s just I’ve not really experienced it. I went to Wales once with my Dad, we climbed Snowden (there is also a train to the top of Snowden that my Dad failed to tell me about) and then went back home. I’ve not had a chance to really experience the towns and cities that make the place what it is.

Travelling to different places is a vital way to understand and discover what makes the culture of the place. But travelling comes with a cost, the further you travel the greater the climate impact you have. You have to weigh up the benefits of immersing yourself in another culture with the impact you will have by travelling abroad. Maybe instead you can look to discover more about where you are. Instead of travelling abroad to Europe or further afield maybe I need to go and have a look at Wales and find out more about a part of my own country that I know little about.

The potential downside of this is that travelling to do different lands helps break down feelings of nationalism. That to see and be a part of different cultures is vitally important for humans to live peacefully together. So do you lessen your climate impact and travel around the country you’re from or do you go abroad and immerse yourself in different cultures? I expect the answer lies somewhere in between.

In the next episode we set sail and leave the island of Britain for Ireland.