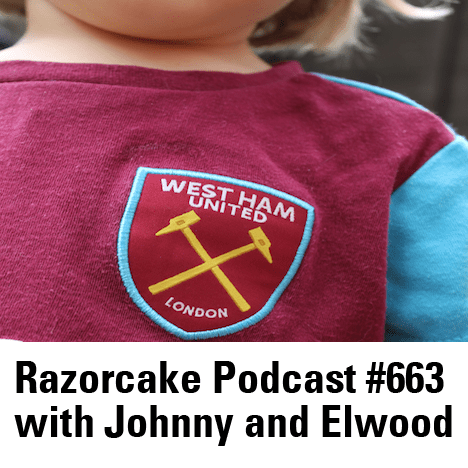 Razorcake Podcast #663 with Johnny and Elwood

Razorcake Podcast #663 with Johnny and Elwood

I was going to write something about The Clash vs The Sex Pistols but as this episode took shape I realized that without really trying this episode was becoming more and more diverse. There were bands with members of all kinds of ethnicities, genders, and such like, and the sounds coming from these bands were equally diverse, there’s rage and there’s fun and there’s experimentation all going on in these songs.

London is a diverse city, there are people from all over the world who live there and call it home, and it has been that way for centuries. It breathes out a new culture that is made up of all the different parts of its whole.

But London also faces the problem that so many other major cities face right now. It costs a huge amount to live in London (it even has its own minimum wage to account for this). Landlords can charge unfeasible amounts for unlivable accommodation because it’s in London and as the Grenfell tragedy (along with numerous other scandals) proves that no one in power will act until it is too late. London needs to change to make sure that the beautiful diverse culture that has grown there continues to flourish and isn’t destroyed by those interested only in the profit that comes from exploiting the culture.

And we all know The Clash was the better band.