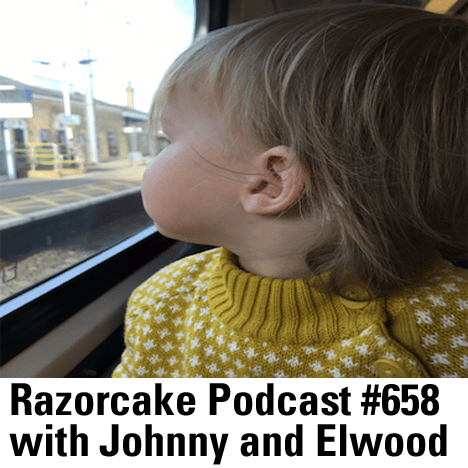 Razorcake Podcast #658 with Johnny and Elwood

Razorcake Podcast #658 with Johnny and Elwood

This episode of the Johnny And Elwood show is all about bands from the south of England (excluding London, that gets its own episode). There was a good chance that I may have gone to university in Bournemouth, way down south, and may never have met my wife and as such Elwood would not exist. It’s strange to think how many decisions have to be made to end up where we are. It’s fun to imagine the path your life would have followed had you made one decision differently.

Recently I watched a documentary about spies during the Second World War in the lead up to D-Day. They were tasked with spreading disinformation to the nazis to conceal the intended landing site of Normandy, instead making the nazis believe the landings would happen in Calais. The nazis believed them and kept their forces stationed in Calais and the landings were a success. So many decisions had to be made to ensure that this worked, including one agent who threatened the whole operation after the death of her dog, she decided not to go ahead with her threat and didn’t spill the beans. Another of the spies was so successful he was awarded the iron cross and a knighthood.

Another incredible decision made was that of Vi Subversa, a middle aged mother of two, to start the band Poison Girls. Punk music at the time must have seemed like young mans game, there were few bands with women in them and even less with a middle aged person. But something made Vi want to start a punk band and the result was awesome.

Next episode we’ll be looking at punk from London. It’s going to be tough to find any good bands from there.