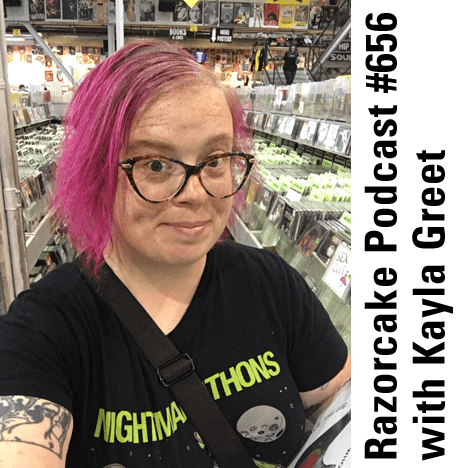 What a great return to podcasting. I’ve taken a break from it because life just gets in the way sometimes. Instead of sharing some of my favorite record labels, bands, and songs with you, I’ve instead been working two jobs, moving, and traveling. Which is why I find myself in Southern California at the moment.
Now that I’m a teacher, one of the main benefits of that is a whole summer off with pay! Amazing. We might get paid less than we really deserve, but not having to work during the sunny months is a pretty major bonus.
So I did what any reasonable person would do – get in the van! Worriers were finishing out their West Coast tour and had a date in Seattle on the first weekday I didn’t have to work since the school year started. From there we went to Corvallis, Oakland, and Los Angeles. Thanks to those awesome folks for letting me tag along as a road Worrier, as well as all the friends who put us up, fed us, and came out to tap your feet.
Here’s a sampling of the records I picked up while shopping in LA. Hope to be podcasting again with some regularity soon.