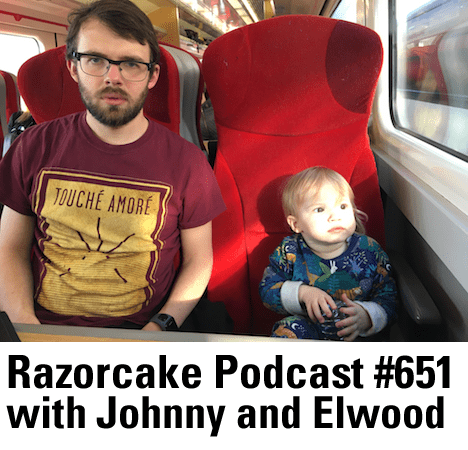 Razorcake Podcast #651 with Johnny and Elwood

Razorcake Podcast #651 with Johnny and Elwood

This episode of the Johnny And Elwood podcast is focusing on bands from the midlands of England. Stuck in between the north and the south, the midlands are widely overlooked but with such cities as Birmingham, Nottingham, and Leicester. A lot of really important bands have come out of the midlands. You’re going to hear a few on this episode, along with a good helping of new bands, but there are some names that also bear mentioning.

First up of course we have Black Sabbath from Birmingham, a band who regardless of whether you like them or not, you have to respect them for the insane impact that they made on all music. Just listen to the opening of the first record, that is some sinister shit right there.

And then we have the Specials from Coventry. Ska often seems like a dirty word in punk, but the Specials made music that was a spit in the face of all the racists and bigots that were so pervasive during the ‘70s. This was black and white people coming together to make joyful music and there is nothing more punk than that.

Whilst the midlands don’t feature heavily in the minds of those who think about the UK, they have quietly churned out some acts that changed heavy music for the better. And since it’s where I grew up I’ll always have a fondness for the midlands of England.