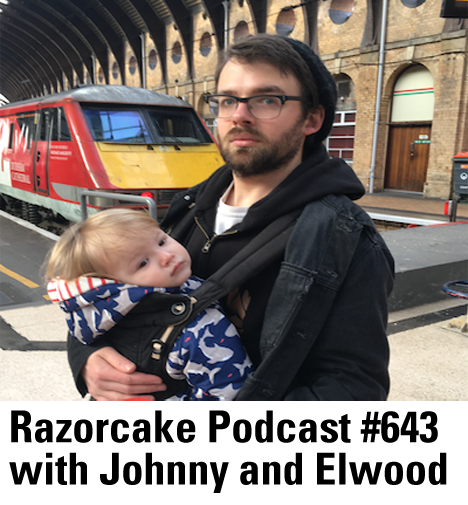 Razorcake Podcast #643 with Johnny and Elwood

Razorcake Podcast #643 with Johnny and Elwood

This episode of the Johnny & Elwood podcast is continuing our look into bands of the UK and Europe with bands from the north of England. We’re going to be featuring bands from Lancashire, Merseyside, Northumberland and Yorkshire (again).

The north of England is typified as being more gritty and stoic than the south, red brick terraced houses leading to factories where flat capped men trudge down cobbled streets to their work. It’s largely associated with the Industrial Revolution, where cities like Manchester and Newcastle forged a new world, for better or worse. Before that it was largely agricultural and considered more wild than the south, and before that it spent a long time under the rule of the Romans and the Vikings.

Musically the north has tended to sporadically produce artists that send shockwaves through culture and still have an affect today. Manchester and it’s close neighbour Salford produced The Smiths, Joy Division, and The Fall, who all shaped the way punk music evolved. In Liverpool in the ‘60s a skiffle band called The Quarrymen changed their name and then pop music forever.

So take a listen to some choice cuts of bands from up north, possibly with an episode of Coronation Street on mute in the background (don’t bother with subtitles the dialogue is awful) so you can fully immerse yourself in the northern experience.

Thank you for listening and if you have any suggestions then email us at [email protected]
If you enjoyed this podcast, please consider making a donation, or subscribing to the magazine. Thanks!