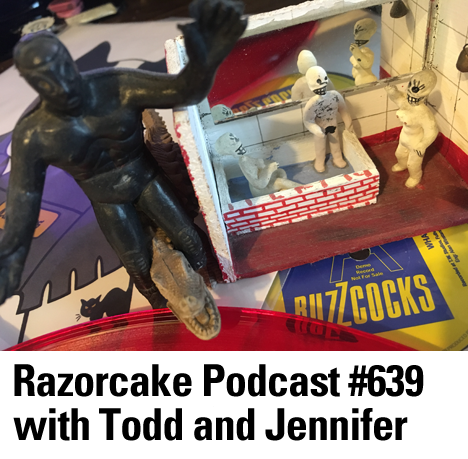 Since music such a big part of my life, it’s a tissue that connects—sometimes almost subconsciously or invisibly—as real as any fleshly ligament. Exhibit A. I pulled core of these records from the heavy rotation stack in the front room. Some new—fresh out of mail order boxes—some old. Pete Shelley died. Fuck. Let’s memorialize him by playing some Buzzcocks. I recently interviewed Amyl And The Sniffers and named Bits Of Shit in the intro. Oh, yeah, those Aussies nail instrumentals. Just finished editing the reviews for the next issue and Ty Stranglehold mentioned the Subhumans. I’ve been meaning to lock some Wimpy harder into my memory and zero in on their bangers. Then the subthemes presented themselves in the flow of one song to another: politics, death, relationships, sex. Jennifer and I both independently came to the conclusion that “Pale and Vicious” was our favorite Color TV song on the album.

Without music, these synapses don’t fire in sequence. Plus, shit, it’s just good punk and it high time to drop the needle.