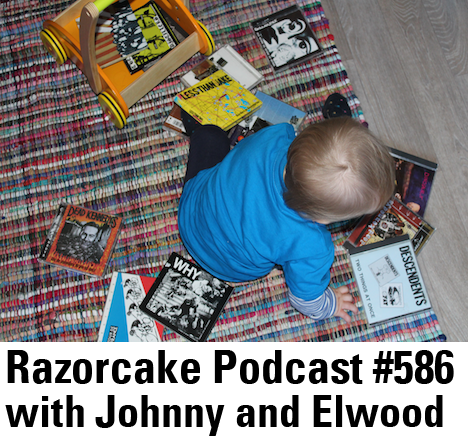 Razorcake Podcast #586 with Johnny and Elwood

Razorcake Podcast #586 with Johnny and Elwood

Brexit, Brexit, fucking Brexit. Like anything you just don’t want to happen it’s the build up that seems to be the worst. I’m becoming so tired of seeing news about the complete fuck up of a dumb situation. I have no idea what impact this will have on Elwood’s future but it just doesn’t feel good. We should be striving towards more open borders, more cultures mixing together and, as such, people realizing we are fundamentally all just people trying to get by in this world. Isolationism hasn’t had good results in the past and is unlikely to lead any different now. Elwood deserves a more optimistic future. Some of these songs or the bands are picked because I believe that they are a good representation of what the UK can do positively when it embraces people coming to live here rather turning them away. If you want a good example of the absurdity of the anti-immigration stance watch Stewart Lee’s stand up routine about UKIP (UK Independence Party lead at varying times by Nigel Farage). When I take Elwood to rhyme time at the library there are toddlers of varying ethnicities, so at least I’m confident he’s getting a good start. He also pisses himself laughing when I gargle water and that makes me happy.

Thank you for listening.