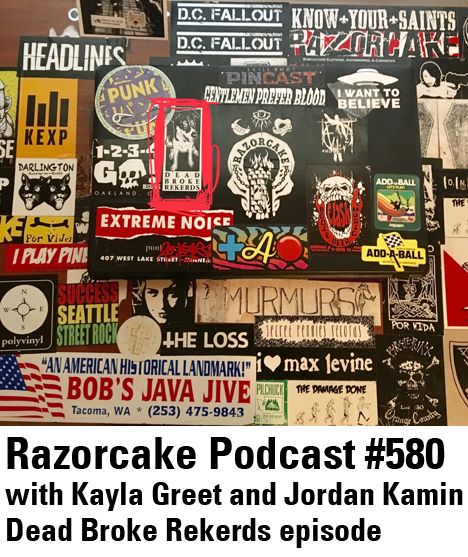 Jordan and I teamed up again and did a record label themed show. This time it's Long Island, NY's Dead Broke Rekerds. What's more is that I just got back from visiting New York City for the first time, and I must say that I was very smitten with that place. Mostly the Lower East Side, Alphabet City, and St. Mark's where all the best punk rockery happened and is happening. So no wonder a label with hit after hit on it is based this close to the city that never sleeps. Kudos to Jordan for the suggestion. It was a good one indeed.

FYI, there's some missing audio at the one hour and 2:50 minute mark that is 70 seconds long. I don't have the time to import the file, snip it, resave, and resubmit it right now, so please just skip ahead!