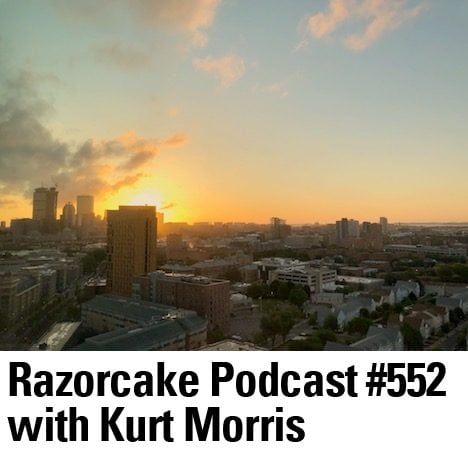 This podcast has a lot of memories tied with some of these songs. For example, the first band on the podcast, Molly McGuire (MM), was a group I heard because of another band, Puller. They mentioned MM in an interview so I checked out Lime. Then, when I saw Puller in concert, the drummer was wearing a MM shirt and that was my “in” to talk with him. I was in high school and that meant the world to be able to speak with people in touring bands who listened to the same music as me. Especially considering I grew up in rural Indiana and we had to drive 2-3 hours to see any touring bands.

I think about the influence bands can have on their fans, both through their music and as individuals. MM probably isn’t thinking that there’s a guy in Boston listening to their music this very day, more than twenty years after Lime came out. But I still dig that album and that shows the power of music—it’s still effective and moving decades later. And that same band who most people have never heard of, also had the power to bring me a connection with a band (Puller) I really liked and admired when I was still impressionable and sensitive. Don’t ever underestimate the amazing nature of music to affect others.

Did you enjoy this podcast? Please consider ordering a subscription to our magazine. The magazine is the sole reason we are able to offer these ad-free podcasts--