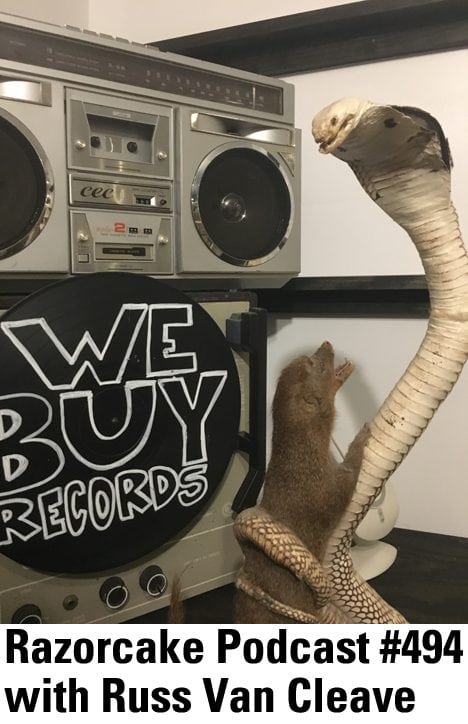 The last few months have featured a steady stream of emotional blows to the gut, trials and headaches that have kept me busy, numb and exhausted. I would rather sit in the closet and ride out four hurricanes than have to clean up after one. There are countless businesses in this area that I would rather see burn to the ground than have to loose the one music venue/bar/restaurant that much of my adult life has centered around. There are, at least, a couple dozen miserable excuses for human beings that I would gladly send to the bottom of the ocean if it meant that Tom Petty and Grant Hart could keep making records. But that's not how life works. Beautiful people die while ugly people live so they can replace beautiful places with upscale condos. In the meantime, the Earth keeps spinning to breed the storms that will kill the rest of us. One of the few respites I've had from this miserable insanity has always been music...something that I've had increasingly less time to indulge. So, here we are. I've finally made time for another round of indulgence.

Tracklisting:
Midnight Reruns, “Ain't Gonna Find” from Get Me Out EP (Self-released)
- - -
Cocaine Summer Splash, “The Party Ain't Easy” from Ritalin Riot 2 (A.D.D.)
Awkward Age, “Bottom Of The Ocean” from We Could Be Anywhere (Chisel)
The Searchers, “Hearts In Her Eyes” from The Searchers (Sigher)
- - -
Worriers, “Parts” from Imaginary Life (Don Giovanni)
Don's Ex-Girlfriend, “Chesapeake” from Big Pants Waste Precious Fabric (No Idea)
The Figgs, “Right On Their Case” from For EP Fans Only (Hearbox)
- - -
Carrie Nations, “Fireman's Bakesale” from Be Still (Plan-It-X)
Shallow Cuts, “Calamine” from Storm Watch (No Idea)
X-Ray Spex, “Germfree Adolescents” from Germfree Adolescents (Vur Jen)
- - -
Pine Hill Haints, “They Tried To Kill My Momma's Son” from The Evening Star (Arkam)
Phillip Mitchell, “Turning Over The Ground” from Hi-Records: River Town Blues + The R'n'B Sessions + The Soul Years (Hi)
Drive-By Truckers, “What It Means” from American Band (Eh Tee Oh)
- - -
Hüsker Dü, “Turn On The News” from Zen Arcade (Ess Ess Tee)

Midnight Reruns: Somehow these guys ended up on the running list I keep of “bands to check out”. I started that list because I feel like fatherhood and “professional” obligations have left me utterly clueless about anything musical these days. I think Nato sent me out after these guys. This EP is all I know, but I like it all.

Cocaine Summer Splash: These folks were a late nineties and/or early two-thousands Chattanooga rock outfit. That whole era of Chattanooga music was really something special and there are numerous pieces of vinyl from that time that I cherish above most other things in my collection. Sadly, this cut from the ADD comp, is the only thing I've ever heard by this band, but it is easily one of my favorite songs by any Chattanooga band (which is saying something). The singer, Big Shank, was a character and a half. The few times I hung out with him are stories in and of themselves. Unfortunately, Big Shank left us several years ago. I'm hazy on the details but, from what I heard, he was born with a medical condition that was going to shorten his life regardless, so he lived that shortened life with as much gusto as he could muster. Hence, the party ain't easy. Thanks Big Shank.

Awkward Age: These fellas are from around here, the lovely, scenic and highly dysfunctional Tampa Bay area. I saw them a couple weeks ago at an awesome record store in St. Pete called Planet Retro and figured they would be a good addition to my intermittent podcast.

The Searchers: The Searchers are one of a handful of bands that came full circle when popular culture “re-discovered” bare-bones, stripped-down rock’n’roll in the late seventies and early eighties. The Searchers had a heyday in the mid sixties with a few hits (“Love Potion #9” and “Needles and Pins” among them) and continued to play and evolve through the seventies despite a dwindling fan base and lack of industry support. When The Ramones (who covered “Needles and Pins”) started to gain traction and punk rock took off in the late seventies, The Searchers found a new audience. The records they recorded sounded like a natural evolution of their origins and this song found some modest success.

Worriers: Most of you are probably as well-acquainted with Worriers as you are with Lauren's previous work in The Measure [SA]. For some reason, I was slow to get around to giving this repeated listens. Of course, now, I'm very glad I did. On a record full of great songs, this one stood out to me because of the great pop sensibilities shown here coupled with those perfectly crafted backup vocals.

Don's Ex-Girlfriend: I can say without hyperbole that those early No Idea comps changed my life. This is the first track on one of those early comps. I don't know how it was recorded (or who recorded it), but I love the guitar sound. Don's Ex-Girlfriend released two other songs on their I Am The Devil seven inch. If the voice sounds familiar, that's because Alex went on to sing and play guitar in Panthro UK United 13, Black Cougar Shock Unit, and House On Fire.

The Figgs: I don't play The Figgs enough on this podcast. I could (and probably should) do an entire podcast dedicated to this highly underrated rock’n’roll band - a band that I often put on a short list of the greatest active bands in America. So, for now, you'll just have to settle for this great song that's nestled in between other great songs on one of the many great collections they've brought to us lucky listeners.

Carrie Nations: Carrie Nations have been a glaring omission from my intermittent podcast. This record came out in 2002 and is still a fairly regular spin for me. The internet tells me that it was re-released on vinyl by Bitter Like The Bean and Stupid Bag Records in 2013.

Shallow Cuts: The fantastic song by this fantastic band makes reference to the previous band in the opening lines. This is one of those instances where, at the time, I think I'm being clever, but in hindsight, I'm just being cheesy. Regardless, it's a good excuse to play a Shallow Cuts song.

X-Ray Spex: I've been on a pretty heavy X-Ray Spex kick lately. This was, in part, spawned by the forth-coming Poly Styrene documentary. I attached a couple links here to check out. This band ruled.
Poly Styrene Trailer:
https://www.youtube.com/watch?v=WXVEEwBEDcY
Documentary Website:
http://polystyrenefilm.com/

Pine Hill Haints: This is the first song in my “Alabama Trilogy”. As I compile these notes, I'm realizing that I've probably played the Pine Hill Haints on this podcast more than any other band. There's a good reason for that though. I really like them. This spin has an underlying motivation though. After many years of listening to the Haints, and more recently, Jamie Barrier's other band, The Invisible Teardrops, I finally got a chance to see Jaime play with the Invisible Teardrops here a couple months ago. It was fantastic. I got to talk to Jamie for awhile and picked up a few more records. One of those was the one from which this song was taken, a collection of songs from seven inches and compilations. I've heard a few of these before, but among the ones I hadn't, this one stood out. As an added bonus, the name “Pine Hill Haints” on the cover of this record is readable both upside down and right side up which is pretty rad.

Phillip Mitchell: The second “Alabama Trilogy” song in my set is not by an Alabama native. Phillip Mitchell was born in Kentucky, but signed up as a performer with Rick Hall and FAME Studios in the mid-sixties and, after a brief excursion with other ventures, returned to AL to work with the folks at Muscle Shoals Sound Studio. It's probably fair to say that Phillip Mitchell has had more success as a songwriter than as a recording artist, but, after listening to this fantastic song for the 300th time, I can't figure out why his recording career didn't take off like a Saturn 5 rocket.

Drive-By Truckers: The last song in the “Alabama Trilogy”. This song really cuts to the heart of a lot of issues that define the American condition. No one quite manages to string some well-selected words together like Hood, Cooley and co. Fun fact: this album was produced by David Barbe who not only occasionally plays with the band, but also recorded and mixed Get This Shit Under Way by Jack Palance Band and played bass in some old nineties band called Sugar with some guy named Bob Mould, which brings us to...

Hüsker Dü: So long Grant Hart. And, as I write this, we've just lost Tom Petty. I'm getting tired of saying good-bye to all these artistic heroes.