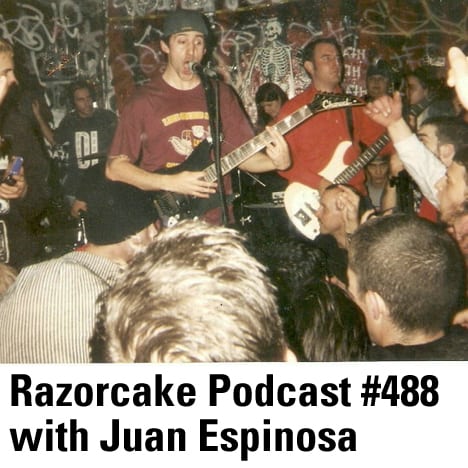 This time I came up with a theme for a podcast highlighting the years from the turn of the century up until our current year (2017) and featuring a song from a record that really struck a chord with me in that respective year.

Through the good, bad, and weird times (remember Y2K?) during the last 17 years music has always been there to comfort me: so many good bands, shows, and records during that span and the memories they bring to this date still bring a smile to my face.

It sure wasn’t easy picking just one song and record. This isn’t meant to be a definitive guide of essential listening through the years: just one punk’s perspective. Looking back, it is kinda funny to see how my tastes in DIY punk have changed throughout the years (I used to hate post-punk and now I listen to more of that than thrash or power-violence: go figure.)

For the record I started going to punk and metal shows as early as 1996 and started collecting records that same year (NOFX: Fuck The Kids 7” being one of my earliest acquisitions) but not quite as seriously as in Y2K and beyond so those earlier years were omitted from my timeline because they were during the mostly CD era for me. Not to mention that you really don’t want (or deserve) to hear any nü-metal, ska-punk, or any other crap that hasn’t aged too well. Hope you enjoy!