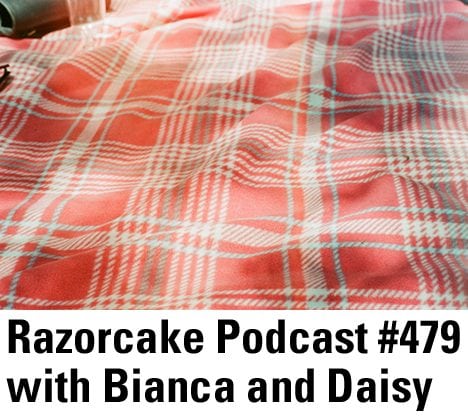 Razorcake Podcast #479 with Bianca and Daisy

Razorcake Podcast #479 with Bianca and Daisy

Bianca and Daisy join Todd at Razorcake HQ to listen to some eclectic tunes and talk about everything from the Olympics to the changing landscape of Los Angeles—mostly off the air, though. Listen anyway!

This podcast was weeks overdue. Sometimes it’s hard to make time to get three busy people in the same room, but it’s always worth the effort when you’re in there, listening to new music, and having a good time even though life in general is a flaming trash fire.