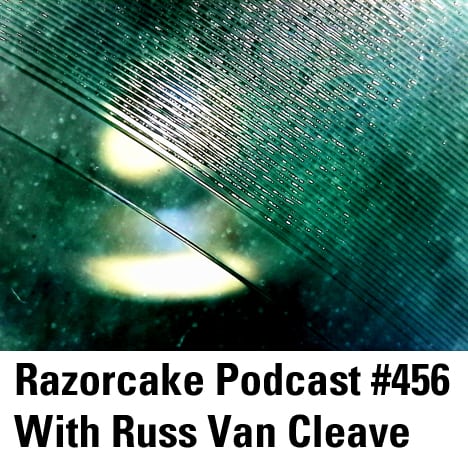 There is far too much awesome music in the world for me to post these as infrequently as I do. I guess the intermittent nature of these podcasts is tied up in the margins from which I am consistently forced to operate. The good thing about not getting as much time to hack away at these as I might like is that it forces me to think very carefully about the songs I play and the order I put them. Such is the case here with this batch of tunes. I suppose most of these cuts are not exactly recent, but it’s all good stuff.  You also probably won’t find much of it in anyplace else.

Tracklisting:
The Dirty Nil, “Zombie Eyed” from Higher Power (Dine Alone)
- - -
Cheifs, “Karen Walach” from Hollywest Crisis (Flipside)
The Lords Of The New Church, “Russian Roulette” from The Lords Of The New Church (Eye Are Esss)
Freddy Fender, “Just Out Of Reach Of My Two Open Arms from Rock ‘n’ Country (ABC Dawt)
- - -
Stun Guns, "Revolution Sound" from ...And There Was Nothing We Could Do About It (Shut Up)
The Bottle Rockets, "Gravity Fails" from The Brooklyn Side (Taggg)
The Damned, "Dozen Girls" from Smash It Up (Kastle)
- - -
F, "Citizen’s Arrest" from Killed By Florida: Florida Punk Rock 1978-85 (La Republica De Libertariano De Florida)
No Fraud, "Identity Crisis" from We Still Can’t Help It If We’re From Florida (Burrito)
Toys That Kill, "Amphetamine St." from The Citizen Abortion (Recess)
- - -
Chuck Berry, “Memphis, TN” from His Best, Volume 1 (Emcee Eh)
Hidden Spots, “Trapped” from Secret Noise (Plan-It-X South)
The Cure, “Push” from The Head On The Door (EEElecktra)
- - -
Eddie And The Hot Rods, “On The Run” from Teenage Depression (Eye Land)

The Dirty Nil: These guys came around in support of Flag awhile back.  Of course, I didn’t go to the show because I don’t ever really do much of anything these days, but these guys were apparently a nice surprise as the openers.  The whole record is good and it’s gotten better with repeated listens.  I’m not even sure “Zombie Eyed” is still my favorite cut, but it’s what I went with here.

Cheifs: I first heard Cheifs on the Chunks SST comp.  The song from that comp, “The Lonlies” is sandwiched between some classic jams by some heavy hitters so it’s easy to overlook at first.  I’m not sure what the release history is for the band, but I pulled this song from the Flipside release, Hollywest Crisis.  In those liner notes, it indicates that all of the songs were recorded in the 1980-82 timeframe.  Also, noticed that “Cheifs” is misspelled.  Take that, robots.

The Lords Of The New Church: These guys were something of a supergroup featuring Stiv Bators from the Dead Boys, Brian James from The Damned and Dave Tregunna from Sham 69 despite the fact that they don’t really sound like any of their former groups.  They also appeared in the movie Tapeheads as a mock metal band called The Blender Children.

Freddy Fender: I’ve been pretty obsessed with Freddy Fender lately, especially the Rock ‘n’ Country LP.  This isn’t even the best song on this record, but I wanted to play it because of what it is.  It is a cover of a song that was made famous by a soul artist, the great Solomon Burke.  But Burke’s success with that song was in large part due to the large number of country music fans in the south who mistook the performer as a country artist.  In fact, in 1961, when Burke’s version was released, concert promoters had no idea he was black and mistakenly booked him at an event sponsored by the KKK with several thousand hooded Klansmen on the premise.  As told in Peter Guralnick’s fantastic book Sweet Soul Music, they covered Burke’s face in bandages to make it appear he had been in some kind of accident and sent him out to perform.  So, on top of that dimension of this song, we have this version performed in a reggae style by a famed Tejano singer who was the son of Mexican immigrants.  Freddy Fender was himself heavily inspired by (and associated with) what was called “Swamp Pop”, an amalgamation of country, rockabilly, R&B and Cajun music.  Don’t you see it?  Don’t you see what wonderful things the melting pot of diversity in this country is capable of producing?  It’s an amazing thing and, for the life of me, I can’t figure out why anyone wouldn’t at least let it keep cooking if they couldn’t embrace it or appreciate it.

Stun Guns: These guys were an old Miami band.  I’m sure I know (or know of other people in this band), but Buddha was the first one I recognized when I found this album at a used record store a few months ago.  I had heard of the Stun Guns for quite awhile and had have enjoyed every band Buddha has played in, e.g. Jack Palance Band, Hidden Spots, et. al. so picking this LP up was a no-brainer.  Success!

The Bottle Rockets: This is another band I’ve recently missed.  They came around with the Old 97’s and apparently put on a good show in St. Augustine. My friend also sent me a video of them playing someone’s living room in Gainesville.  But for some reason, they weren’t on the bill with the Old 97’s in Tampa.

The Damned: So the Damned are actually touring and I am determined not to miss them.  This song is form the 1982 album Strawberries.  I don’t actually own Strawberries, so this was played from the Smash It Up Damned Anthology.

F: This is the first song in a set that is part of a nostalgic tribute to the first Toys That Kill show in Tampa.  My friend Shawn helped book this show and we were recently reminiscing, so a set of the three bands to play seemed like a good idea.  F is a classic old Miami punk band.  This song was pulled from the highly recommended Killed By Florida comp.

No Fraud: No Fraud is another classic FL hardcore band from Venice (about an hour and change south of Tampa).  I’m certainly no expert on a lot of these early Tampa/Florida punk bands (I wasn’t there), but I do think that many of them are woefully underrated.  No Fraud is just another fine example of the evidence to back up that claim.

Toys That Kill: These guys are one of the most consistently good bands to exist in the 21st century and for that I am grateful.

Chuck Berry: We live in an age of dying rock stars and, I know, it sucks.  Despite the fact that he was 90, Chuck Berry just ain’t one of those guys that I could ever feel good about losing to the other side.  One of the first things I ever learned how to play on guitar was the classic Chuck Berry rock and roll blues riff (you know the one I’m talking about…listen to the rhythm guitar parts on “Johnny B. Goode”) and it was a game changer for me.  That riff has been co-opted by everyone that came after him, from Led Zeppelin to the Supersuckers.  A guy who wields that much influence over such an important aspect of pop culture is worthy of all the tribute he has coming to him.  I actually picked this song, because it isn’t a typical Chuck Berry song.  It has the same driving force behind it, but it is a quiet and intimate cut.  It’s always been one of my favorites and I felt obliged to play it hear.

Hidden Spots: Duh!  If you’ve been following Razorcake and this is your first exposure to Hidden Spots, then you should immediately seek out a copy of Hundred Million Voices.  It’s every bit as good as this song (taken from their second 7”) and more.

The Cure: Since I think I’m being clever, I played the original version of the Cure song that Hidden Spots covered on the aforementioned record.

Eddie And The Hot Rods: I’ve really been revisiting those first two Eddie and The Hot Rods records lately.  This is the last song from the first record which, I think, seems to foreshadow the increasing complexity that speared on the second album.  My favorite part of this song (aside from the fact that it is a very well-written rock jam) is the exemplary bass playing by Paul Gray.  Check it out!