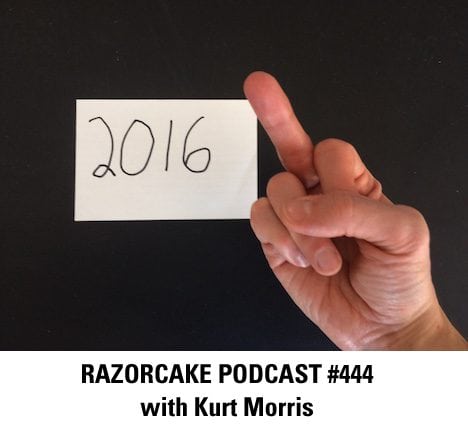 I know that 2016 was a shit year for many people. Lots of well-known people (including musicians) passed away, and Donald Trump was elected President of the United States (words that I’m having difficulty typing). But the year in independent music wasn’t that bad and I’ve chosen a song from ten of my favorite albums of the year to share with you all. I hope you like what you hear! –Kurt [email protected]

Tracklisting:
Neurosis, “A Shadow Memory” Fires Within Fires (Neurot)
- - -
Dinosaur Jr., “Goin Down” Give a Glimpse of What Yer Not (Jagjaguwar)
Super Unison, “Everything” Auto (Deathwish)
Planes Mistaken For Stars, “She Who Steps” Prey (Deathwish)
Nails, “Savage Intolerance” You Will Never Be One of Us (Nuclear Blast)
The Blind Shake, “Corpse on a Roof” Celebrate Your Worth (Goner)
The Rutabega, “Shiny Destination” Unreliable Narrator (Comedy Minus One)
TW Walsh, “Young Rebels” Fruitless Research (Graveface)
Mike Adams At His Honest Weight, “Diem Be” Casino Drone (Joyful Noise)
- - -
White Lung, “Below” Paradise (Domino)