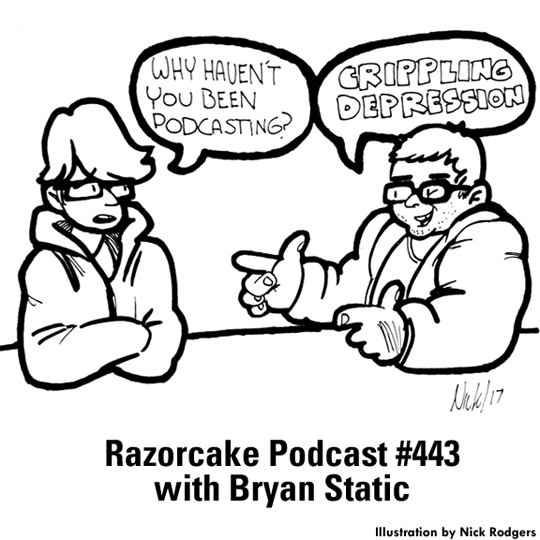 Hey ho, Razorcake-a-nauts! This is a lost podcast that I recorded during some troubled times. I am better now, but by how much? Who knows! It is a variable mishmash of genres and styles, with a noticeable section of stoner metal. What I’m saying is, if it’s legal where you live (or even if it isn’t), maybe smoke some weed then listen to this podcast. Don’t look at the man behind the curtain. He will only make you sad.