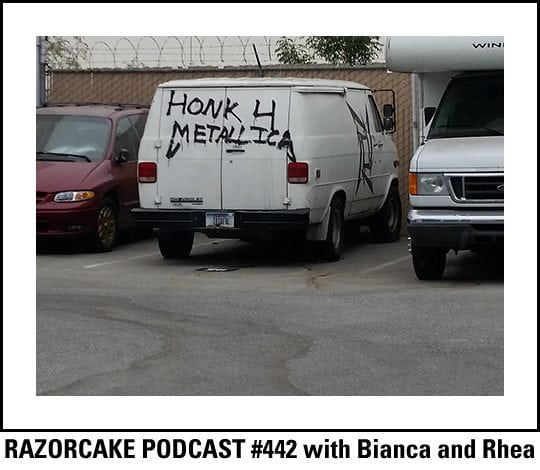 Razorcake Podcast #442 with Bianca and Rhea

Razorcake Podcast #442 with Bianca and Rhea

L.A. Zine Fest organizers Bianca and Rhea team up with Razorcake for the first time in 2017! The first half of the show features artists connected to CoolWorld, a queer artist collective and label that Rhea contributes to. You’ll also hear songs from a few musicians who tragically lost their lives in the Oakland Ghost Ship Warehouse fire at the end of 2016. The second half of the show is a collection of punk tunes that Bianca has been enjoying lately. In between, they discuss the importance of supporting each other and investigate what happens when two chickens disappear without a trace.