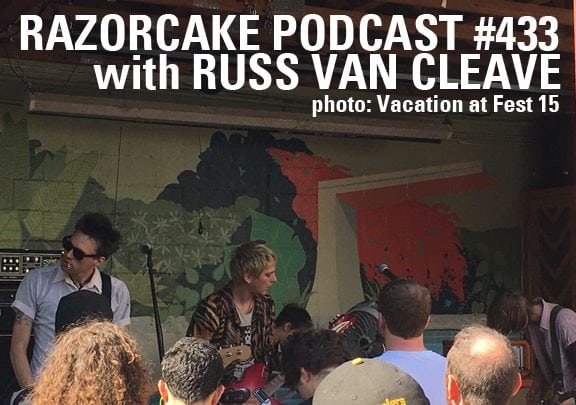 With every passing day, I feel slightly more detached from “normal” society, the periphery of which upon the vast majority of you... or something, my very small but dear audience, probably also operate. Words, et. al. I suppose that’s not necessarily a bad thing, given the way the world seems to be going. And looking over this list of songs, I suspect that many of the folks responsible for this fine music could probably relate. So, a toast! Here’s to the statistical outliers! I’m a weirdo and I relate to other weirdoes. I don’t care if monoculture is better for the economy, I like the periphery and I’m a staying. Thanks for listening and I’ll see you all at the “loser table” in the re-education camp cafeteria.

The Strike: I first heard these guys on the split that they did with Dilengar Fore oh so long ago. Sweet heavens... that was back in 1996 or something. This song is the opening cut from the first of the two full-lengths the band released and it seems as relevant today as it ever could have been.

Bram Tchaikovsky: The album—this song—came from is a masterpiece of power pop rock and I highly encourage you all to pursue its finely crafted sonic offerings. Or don’t. You’re probably not reading this anyway. Bram Tchaikovsky (aka Peter Bramall) was a member of The Motors before he went out on his own with this, his debut solo LP.

DFMK: I heard these guys as they were putting the “Awesome” in AwesomeFest over Labor Day weekend. I know relatively little about the band except that they are from Tijuana, they were awesome to watch, and the 7” I bought is really good.

Vacation: This is the first band I saw at FEST15 when I managed to get to town five minutes too late to see the rest of Shallow Cuts. They’re probably also the best band I saw at FEST15 (because I missed Shallow Cuts) and I saw a lot of good bands that weekend. It’s rare that a band I’ve never heard can hold my attention for thirty minutes, but these guys did. This record met the lofty expectations that were set by that first encounter with Vacation.

Prince: This is the Prince from TX. They’re really good, too... less funky though... and still alive... probably.

Television: Yea... I played the longest (but also, I think, the best) song from Marquee Moon. Seriously, this is one of my favorite records ever. I know I have a lot of “favorite records ever”, but this is a really good one. Anyone who says “punk rock” is simple and formulaic is an ignoramus.

Kosher: KC boys through and through. The splinters of Kosher have gone in a lot of different directions since they split, but I still really like this song. It popped up on random a few weeks ago and I felt it would be an enjoyable stopover in a Razorcake podcast.

The Beat Farmers: There’s a pretty good thread that links this song and the next. San Diego was home to the Beat Farmers, a band featuring a man named Country Dick Montana on drums. But Country Dick was more than just some drummer in a really good band. Watch here

as Country Dick gets carried to the bar by the crowd for some tequila half way through “California Kid”. Or here

where he performs “Lucille.” This brand of showmanship matched up quite well with Mojo Nixon and the two of them, along with Dave Alvin, formed a band called The Pleasure Barons to whom I still pleasurellegiance to this day. Unfortunately, Country Dick died of a heart attack on stage while performing the very song that you are now hearing.

Mojo Nixon: There’s nothing I can tell you about Mojo Nixon that you shouldn’t already know. Here’s an interview he did with the Onion AV Club in 1999.