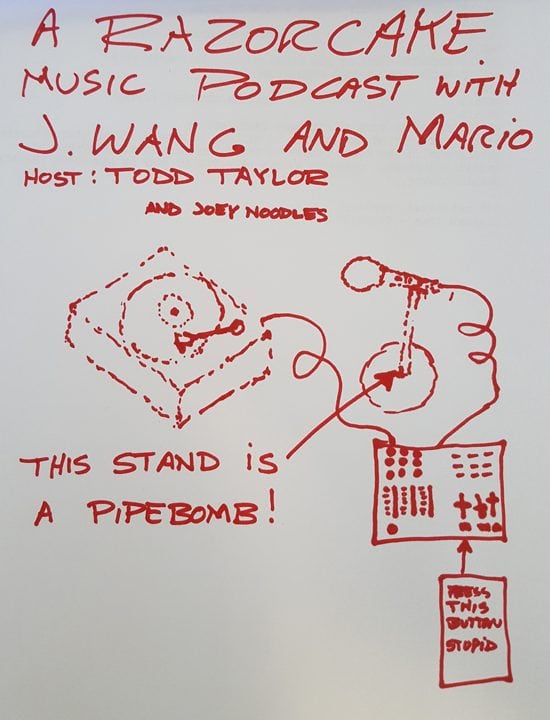 Mario and I were interviewing Todd Taylor to document the early beginnings of a, to remain unnamed, music festival. We planned if we had time that we would do a music podcast. We did and we scrambled and grabbed some records as we ran out the door. My wife Corinne said, “Why don’t you play stuff you’ve played at least one hundred times before?” That was the general loose idea—together with celebrating the life of a lost friend—as well as just enjoying some time with each other, listening to some great records, and drinking a few beers. Hey, someone should make a T-shirt out of that! Joey “noodles” from Little Deputy Records was in town from New York and D.A.ed for Mario during the interview. It was nice to have him and we all hope you enjoy the music. If you like any of these songs, go buy the vinyl and I promise you will stumble across some of your new all-time favorites!