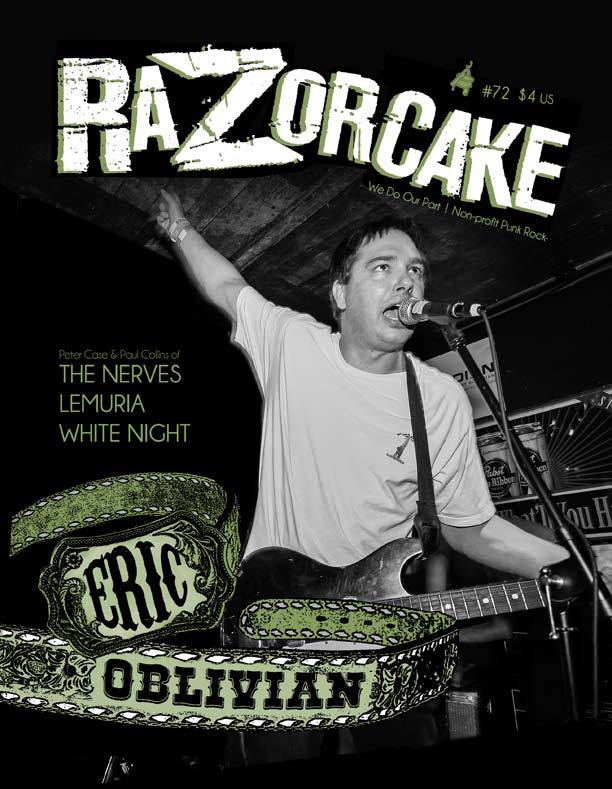 The Nerves: Interview by Jeff Proctor. The Nerves are a criminally overlooked first-wave L.A. power pop band that helped pioneer the genre. They were only around for a short time but made it on to a tour with the Ramones in mid ‘70s. Peter Case went on to form the Plimsouls. Jeff gets Paul Collins to admit that he dropped out of Julliard after his mom helped get him in. Peter, Paul, and nobody named Mary tell us how exceptional their musical arrangements were and how they nearly received three almost-Grammy nominations. (Peter Case, Paul Collins)

Lemuria: Interview by Kevin Dunn. Contemporary indie pop punk band Lemuria go the way of the Buffalo and explain how they’re actually more productive when they live in different towns. Their debut album Get Better came out on Asian Man Records in 2008 and the follow up Pebble was released on Bridge 9 in 2011. In this semi-revealing interview they unravel their minds, their labels, and define happiness. (website)

Mitch Clem can’t leave the house or stop playing with himself. (twitter)

Designated Dale talks about disagreements and the majestic wonder of cats.

Ben Snakepit picks a fight with the Razorcake staff. Daryl is pissed. (website)

And righteous photos from:

This issue is dedicated to the birth of Milo. Scream, Milo, Scream!