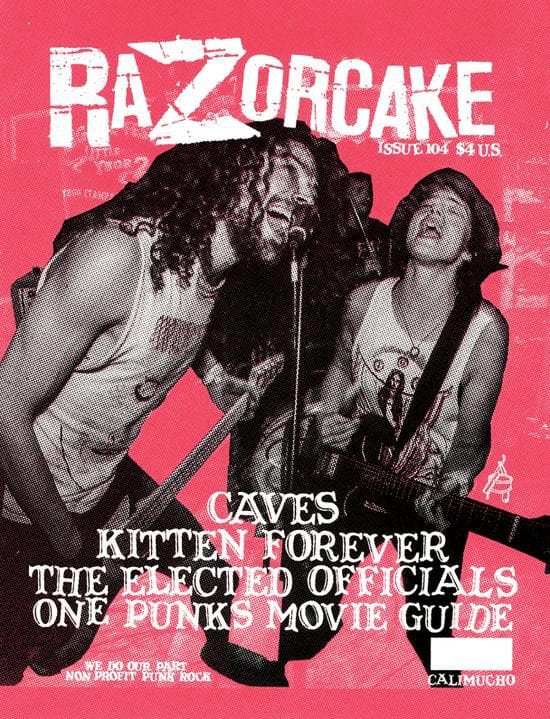 “I visited Ireland for the first time a few years ago. My friends there took me all along the Northern coast and it was one of the most gorgeous sights—lush greens, waves chopping at cliffs, rainbows stretching across the skyline. In Ballintoy Harbour I came across this opening in the coastline: a serene cave all to myself. As I walked farther in and my eyes adjusted to the darkness, so much beauty was revealed in the stillness of this cavern. There had just been a heavy downpour and the streams were sending ripples of sound throughout. I realized I was reaching an unsafe distance from the beach outside so I just stood there and took in the experience.

Caves can be scary symbols of isolation and cutting one’s self off from the outside world. They can be echo chambers where you find yourself circling and becoming disoriented. But they can also be incubators of safety until something’s strong enough to emerge, or until a storm passes. That reverberated noise can be layered upon to create wonderful melodies.

Fittingly, Caves from Bristol, U.K. does all of that in spades. This duo takes metaphorical wounds and hibernates them, creatively nursing them to health until they’re ready to strike out on their own. Their songs have an intrinsic tenderness to them, while at the same time flexing their strength in various stages of healing. This pair would sound totally amazing in an actual cave, but I’m just as happy hearing them blaring through my speakers.

Having been lucky enough to see them stateside once, I quickly fell in love with their multi-layer harmonies and the dual male and female vocals. On record and in person, the drums come through strong and powerfully, while distorted, fuzzy bass, and sharp guitar leads perk my ears up. For being only a two piece on record, the sound is incredibly full. They’ve been compared to Lemuria, Discount, and RVIVR (just so happens that Lou is their current tour bassist), as well as gigged with Leatherface, Muncie Girls, Shit Present, and made some Fest appearances. If your interests are anywhere near that ballpark of sounds, Caves is a home run.” –Kayla Greet

“Kitten Forever has been playing their riot grrrl-inspired punk rock since 2006. Switching instruments and lead vocal duties adds to their exuberant live show, while highlighting their musical compatibility and mutual admiration. The Twin Cities trio deliver pop hooks screamed through a distorted telephone microphone, accentuated by stomp beats and bouncy riffs. Crunchy bass lines and frenetic drumming create a chaotic harmony of simple yet dynamic explosions that make you want to dance, yell, slam, and laugh. From basement shows to national tours and festivals, the band is focused on having fun while creating an inclusive atmosphere where rock, art, and feminism can merge.

I met up with Kitten Forever in their south Minneapolis headquarters where they graciously provided insight into their friendship and band. During our chat, we discussed politics, pop music, and dumpster diving for musical equipment.” –John Ensley

The Elected Officials: Interview by Dave Ensminger
“The Elected Officials are a brash, potent, hectic, and fervent anarcho-political force with members culled from over a dozen previous bands, straddling Texas and New Mexico. Their typical targets are not just the machinations and madness of greedy, toxic corporations, consumer society, and not-so-hallow religion—they also focus on everyday DIY efforts to rebuild the future based on both resistance and participation, by encouraging talk but lionizing action even more. In doing so, they’ve also tapped into modern media with energy and focus, creating videos not just of band life and their products, but broader issues, including Native American social justice and beyond. In Trumpian times, when sides have been polarized, moods darkened, and lurking violence potentially possible around every comment and glare, the band harnesses discontent, hooks some humor to it, and places it into a global vision of people struggling for change, like an actual thousand points of light emitting a soundtrack of punk that extends well beyond borders and fears. It is the sound of empowerment unfolding.” –Dave Ensminger

One Punk’s Movie Guide by Mike Plante
“I owe everything to movies. Film festival work pays the bills and making a film is fun. But punk rock movies taught me about the world and let me know I wasn’t insane. To be fair, cinema has always been proud of its rebellion, but you connect most to what was around you as a kid. I wish something like the guide below was around then, but if you want something that doesn’t exist, you have to create it. I tried to keep this relatively easy to find the films (in our sad, sad age of no video stores besides the odd, lucky holdout). Many of the films are available for streaming, rent, or sale online. Some are just underground enough to pop up for free in places. And don’t get rid of your DVD and Blu-Ray players.

I wanted to make an overview that’s a fun mix for any generational fan of punk. If you’re old and creaky like me, you know most of the golden oldies, but there are always one or two great discoveries that slipped through, ready to finally check out. This is a compilation of films that don’t have punk music, but a punk ethos. I tried to fill it with lesser-known gems you might not have seen that will either reestablish or uphold your faith.

And if you’re younger and know there must be a huge archive of cool shit from the past to check out, this is a great diving board. I generally stayed away from concert films. Those are pretty easy to find if you’re searching for a band you like. I tried to stick with movie-movies and documentaries.” –Mike Plante

“If there was one important virtue I learned from my abuelo, though, it was to appreciate the luxury of traveling. Two years ago, I embarked on a backpacking trip throughout Mexico, Belize, and Guatemala. I sunbathed on the beaches of Oaxaca and went snorkeling in shark ray alley and the coral gardens of Caye Caulker in Belize. The sun loved my caramel skin and I loved it back. I even burned and turned a nice crispy brown soon after. The sun melted so much of that stigma I held onto as a child and young adult as La Morena. When I hear my grandmother’s voice call me Morena now, I love it. I love the way the r rolls off her tongue and how her face brightens up with a toothless smile as she pulls me in for a tight hug: “Ayyy mi Morena.” Most of my tias and tios who used to call me Morena, Morenasa and Morenita, are dead now, and it makes me sad knowing that I can’t hear their voices calling out my name. La Morena.” –Eugenia Nicole

Rhythm Chicken will forever be serving up big bowls of weird. (facebook)

Designated Dale wasn’t the designated driver when the T. Rex hit the Moon.