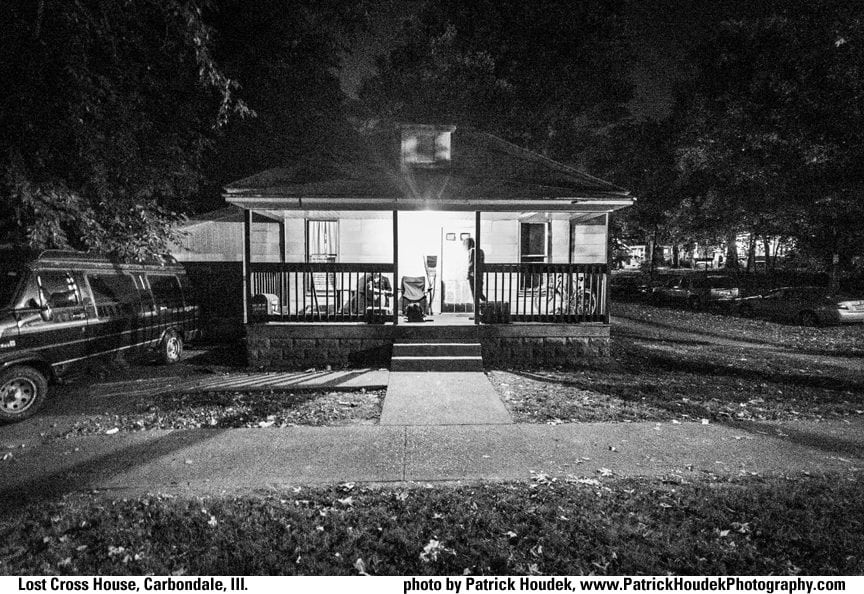 In the 1980s, punk rock was still dangerous (at least to the general public) and getting venues to allow punk bands to play wasn’t easy, especially in Southern Illinois. In the fall of 1986, Mikey Snot and Chris Rad moved into a two-bedroom house at _________ in Carbondale, Ill. (Even though most everyone in Carbondale knows where the house is located, I’m still going by the unwritten rule of not giving out the address to a punk house). They started having bands practice and play shows in the basement. The Lost Cross House was born.


There was no way to know at the time, but thirty years later Lost Cross is still having bands practice and playing shows in the basement to a new crop of college kids and local kids whose parents finally let them go to Lost Cross (or maybe they’re just sneaking out of the house?). Hundreds of bands and thousands of people have gone down to the small basement to see bands that they may or may not have heard before. Carbondale has numerous basements that have shows today, but it’s still Lost Cross that people think about when you mention Carbondale.

This Labor Day weekend, there will be numerous shows in Carbondale with over twenty-five bands to celebrate the thirtieth anniversary and legacy of Lost Cross. The amount of people that are anticipated to show up has forced most of the shows to be held outside in front of Lost Cross (Fletcher from the Copyrights negotiated with the city to close down the street and make this happen) and at some at local bars—PK’s and Hangar 9. Don’t, worry though. There will be bands playing in the basement that weekend. I mean, that’s what this is all about, right—breaking down that barrier between band and audience, being close enough to punch one of them in the face if you feel like it?