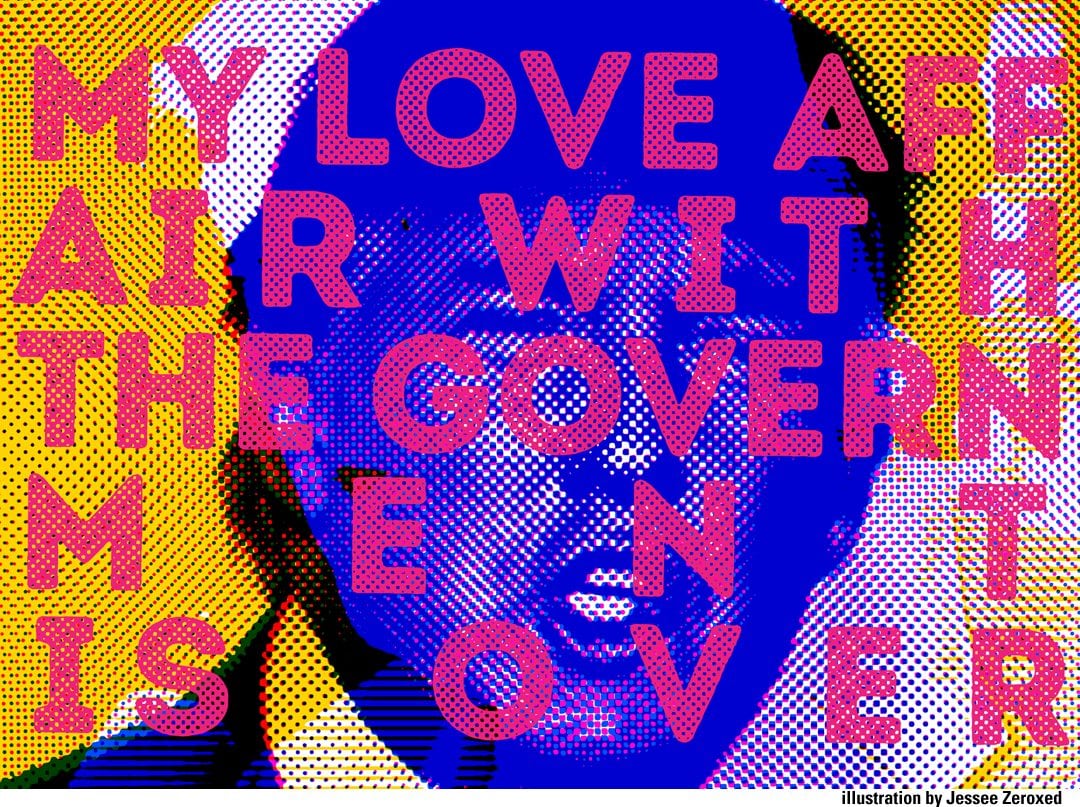 It’s hard to keep from freaking out right now. We live in a country where a candidate who ran a genuinely fascist campaign was elected president. None of us know how this will play out. A wall between the U.S. and Mexico, a nuclear war, and mass deportations are all unlikely. Still, the fact that these scenarios are back on the table sucks. A lot of us feel devastated by this. A lot of us don’t know what to do. The corporate media is offering suggestions, but this is the same corporate media that spent the last year treating a fascist as a legitimate candidate. Your social media feeds have suggestions. Some of them are good. Most are just links to more content generated from the corporate media. And we can’t ignore that social media exists to sell advertising, not to foster discussion.

So what do we do about all this?

Well, by “we,” I mean punk rockers. And my suggestion is that we keep doing what we’ve always done. I’m not here to offer advice. I’m here to offer encouragement.

If you’re a musician, write a song about this moment. Bring that song to band practice. Make it sound good. Record it. Release it. Send it to Razorcake. We’ll spread the word. Then tour. Go around the country and nurture this scene. And don’t doubt that it’s a worthwhile way to spend your time. I think of myself as an adolescent in Reagan’s America, living in a backwoods Florida town where the adults around me voted straight Republican tickets and the kids around me would grow up to support Trump. When those first Dead Kennedys albums made their way to me, I felt like I’d grabbed a lifeline. They got me interested. I went to the library and flipped through the card catalog to find out what a Pol Pot was. Around that time, I also got my hands on a Maximum Rocknroll compilation of hardcore bands, which taught me about the El Mozote Massacre and CIA-trained Central American death squads.

One great record (or, really, cassette dubbed from a friend) led to another. In the late eighties and early nineties, I listened to The Clash, Minor Threat, Stiff Little Fingers, Sex Pistols, Buzzcocks, Hüsker Dü, X, the Minutemen, and bands like that nonstop. This music helped shape my life. It made me a better person. It put me in the world around me, helped me understand that my concerns are just a small part of this greater social animal, that I have responsibilities toward others, and that my anger is valid, but it needs to be directed in positive ways.

When Bush was elected in 2000, everything sucked but the music. This was the height of Avail, Anti-Flag, the Unseen, Strike Anywhere, Dillinger Four, and so on. I remember being on a book tour and hanging out in a punk house in Milwaukee in the second year of the W. presidency. Someone put Reinventing Axl Rose into the stereo, and by the time “Those Anarcho Punx are Mysterious…” came around, everyone was singing like their life depended on it. The album had been released two weeks earlier, and we all knew every word.

Now, we’re poised for another wave. I can’t wait to hear it.

I also know that a lot of Razorcake readers aren’t musicians, but they’re just as active. I want to encourage that, as well. If you’re not in a band, make art. Make a zine. Paint. Draw a comic. Write a book. Do whatever it is you do. Now is the time to do it. History is on your side. I always go back to this idea from Harold Cruse in The Crisis of the Negro Intellectual. Cruse argued that effective social movements need to be fought on three fronts: an economic one, a political one, and a cultural one. In response to this, a bunch of black activists in the late sixties formed the Black Arts Movement. They originally conceived of themselves as the cultural arm of the Black Panther Party. They set up community theaters and put on plays. They started book publishing companies and published poetry and prose. All of it was under the banner of black art for black people. BAM theorist Larry Neal said that protest art was masturbating for white people. Don’t protest, he said. When you protest, you legitimize a racist system. Work outside of the system. Define yourself. Control your own art.

Most readers of Razorcake aren’t ready to take on the next fascist administration on political or economic fronts. But creating culture is what we do. This is one of the reasons why I migrated to L.A. a few weeks before W. took over as president in 2001. I moved into a termite-infested sweatbox with Todd Taylor. Together, we gathered dozens of punk artists, musicians, writers, graphic designers, and computer programmers and we started Razorcake. It was never just a magazine. It was and is a community. We did what we could. We’re still doing it. And you’re a part of us.

So while we’re doing it, let’s not forget a couple of things.

First, life is better face-to-face. It’s easy to fall into social media rabbit holes where you only communicate online with a narrow group of friends who all agree with you. That can be valuable for a short time. We all need to process what just happened. These social media spaces allow us to do that. But to move on, we need to spend time physically together. We need to go to shows, to readings, to protests, to parties, to zine fairs, to whatever events allow us to really interact with each other. Nothing tests your views like having to say them to people who can look you in the eye when you talk.

Second, before we get all caught up in what will happen, let’s pay attention to what just happened. We were just given a choice between an eminently qualified woman and totally incompetent sexual predator who says incredibly racist things, but is at least a man. More than fifty-nine million Americans decided that the incompetent sexual predator is the right choice. Let’s remember that.

Let’s acknowledge that we live in a country where more than fifty-nine million people may not think it’s okay to grab a woman “by the pussy,” per se, but they have said that if you do grab a woman by the pussy, if a dozen of the women you’ve grabbed by the pussy file charges against you, well, that shouldn’t keep you from being the leader of the free world. And maybe these fifty-nine million people don’t necessarily agree that Mexicans are mostly rapists and murderers or that Muslims are mostly terrorists or that African Americans turn their communities into war zones, but they think it’s okay for the leader of the free world to think that.

There’s no reason to accept this. Instead, let’s try to reshape our culture into one where this doesn’t happen again.