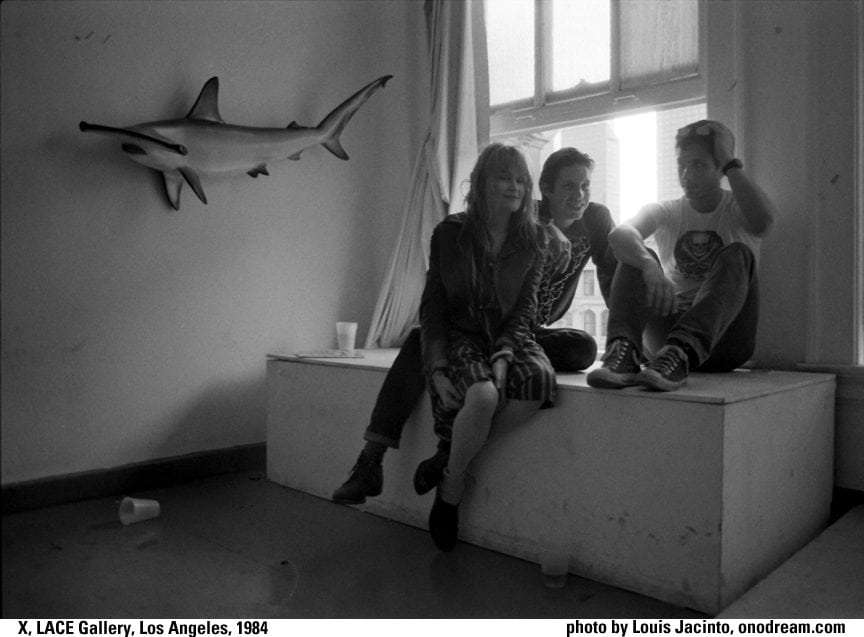 The rock and roll establishment remains large and slow and clunky, even after all these years. The punk band X should have been inducted into the Rock and Roll Hall of Fame years ago. Of all of the American punk bands that emerged from the 1970s, X showed their high level of artistic talent immediately, with a string of non-stop albums. Most punk bands were lucky to have a 45 record released—with just two songs, one on each side.

Not that the induction would validate X; fuck the Rock and Roll Hall of Fame. But we are starting to run out of a high level of good musicians and bands. The next round of eligible inductees are from 1993, which means—by looking at the top one hundred songs from that year—YAWN!

This image of X was from a signing of their book Beyond and Back. Missing from the band was Billy Zoom. Here, Exene, John Doe, and D.J. Bonebrake look like a scene out of a David Lynch film.

And I still hang on to the X lyric, when things seem to just not go my way— “AND LAST NIGHT EVERYTHING BROKE!”