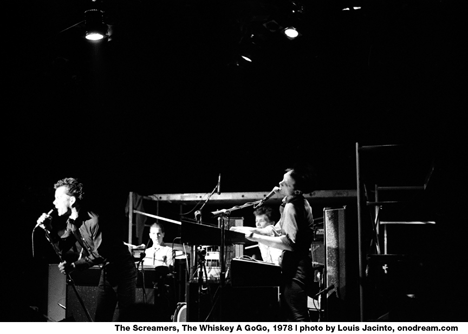 Tomata du Plenty, Paul Roessler, K K Barrett, Tommy Gear.  The Screamers.  A Band. When a band has a powerful lead, the other members can sometimes be pushed to the side—not in a dismissive way but because the lead is so dynamic.  But like all bands, it’s the entire entity that gives that lead singer their sound to build their style upon. Yes, Tomata du Plenty’s performance was like no other punk from the Los Angeles scene of the 1970s. But it was the tightness and sound explosion given him by the other three band members which made The Screamers unlike any other band. Their mystery and power continues to inspire to this day!