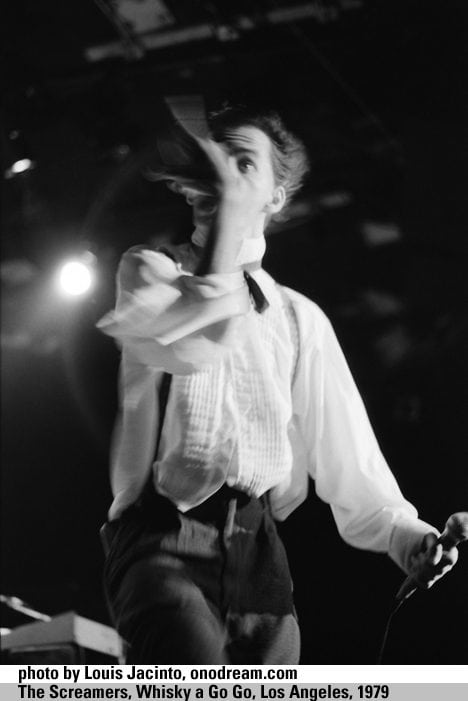 Punk brought back to rock’n’roll a raw energy not seen, really, since the 1950s when rhythm and blues morphed into rock. All of the punk bands in Los Angeles were filled with the rawest energy and left the audiences depleted. But no band could match the energy that The Screamers gave at each of their shows. Tomata du Plenty, the band’s lead singer, was almost impossible to capture on film—as this photo shows—but he sure kept his eye on us out on the audience, taking us along with him and the band’s sonic sound. No band or performer has seen or heard the likes him since.