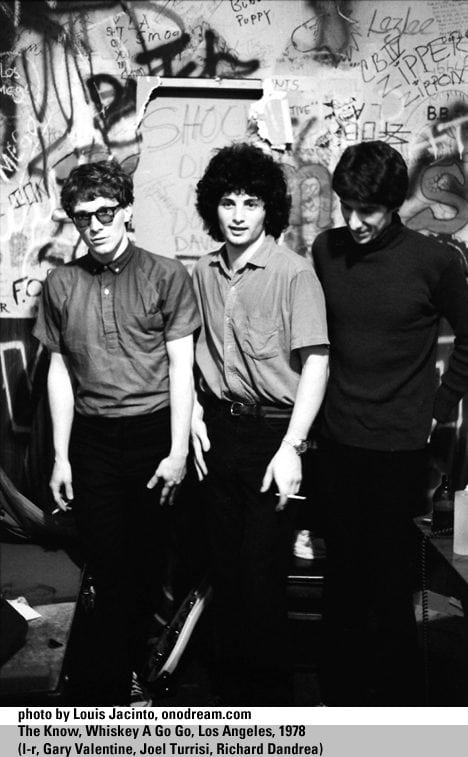 Punk influenced everyone and everything. It continues to do so. When punk arrived, it caused pop bands to play faster and louder. The local arts media in Los Angeles gravitated towards the “nicer” punk-influenced pop bands, especially The Know. The Know was fronted by Gary Valentine, an original member of another punk-influenced pop band, Blondie. On bass was Richard Dandrea, an original member of a local pop band, The Motels. Joel Turrisi, the lighting technician from the Whisky a Go Go, rounded out the band on drums. This power pop trio was popular and played at all the venues in town. Despite their large following and pop good looks, it was not enough to provide them with the ability to get signed to a major record label. The band toured continuously for several years until disbanding in the early 1980s. I followed them because Dandrea was my partner’s best friend at the time. What you do for family!
www.onodream.com