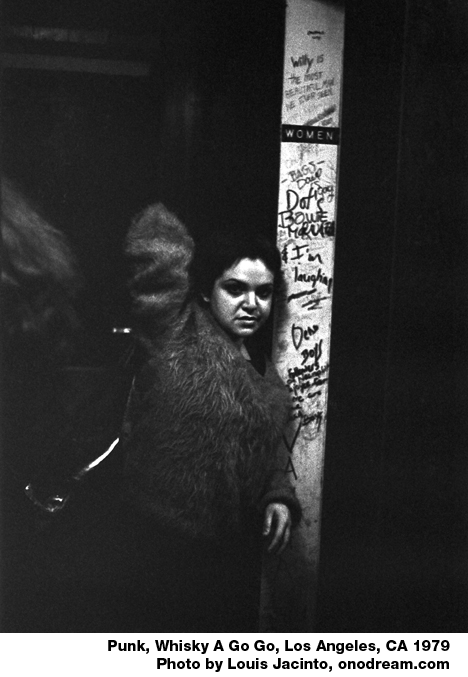 When punk hit Los Angeles, both the bands and the audience were equally important to the support of the scene. At every show you’d see band members in the audience to catch and give support to one another. I never found a sense of competition amongst the first wave of punk bands in the late 1970s, just mutual admiration.

For those of us not in bands, we would be at every show possible. The sounds were new and exciting. We couldn’t care less where the bands were playing; we showed up.

By 1979, the Whisky A Go Go realized that punk bands would always draw a large crowd, so after initially being reluctant, punk was being booked and the venues were making money. And, hopefully, the punk bands too.

Us kids in the audience were making our own statements with how we dressed. I don’t know who this punk is; I’m hoping she sees this and remembers how she, too, changed the world!