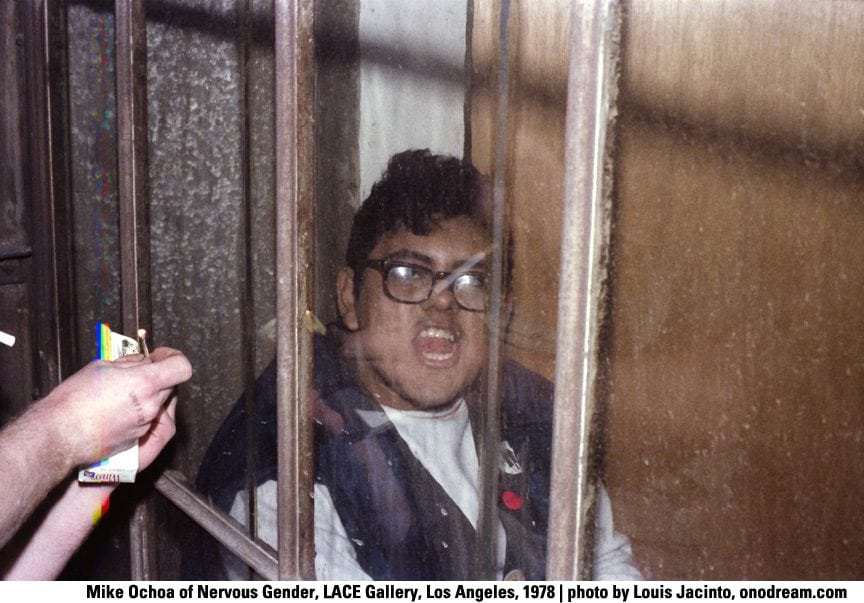 My generation will continue to use The Beatles as a bookmark to measure other artists. In the case of measuring a band, you’ll have the leaders—John and Paul— the strong but quiet one—George—and the steady and strong foundation of the beat—Ringo.

In the punk band Nervous Gender, co-founder Mike Ochoa was the band’s “George.” I met Mike while still in college and just before the explosion of punk music. He and band frontman Gerardo Velazquez were school boy friends and inseparable. The two of them, along with Edward Stapleton, were the nucleus of Nervous Gender.

Although I always felt Mike was quiet—even quieter than me—it was more his constitution rather than a sense of shyness. He contributed fully to the band and I always loved when he sang lead on the songs, my favorite being “Scandinavian Dilemma.”

Come to think of it, Mike was never like George at all, but rather a band that had a John, Paul, and Mike!