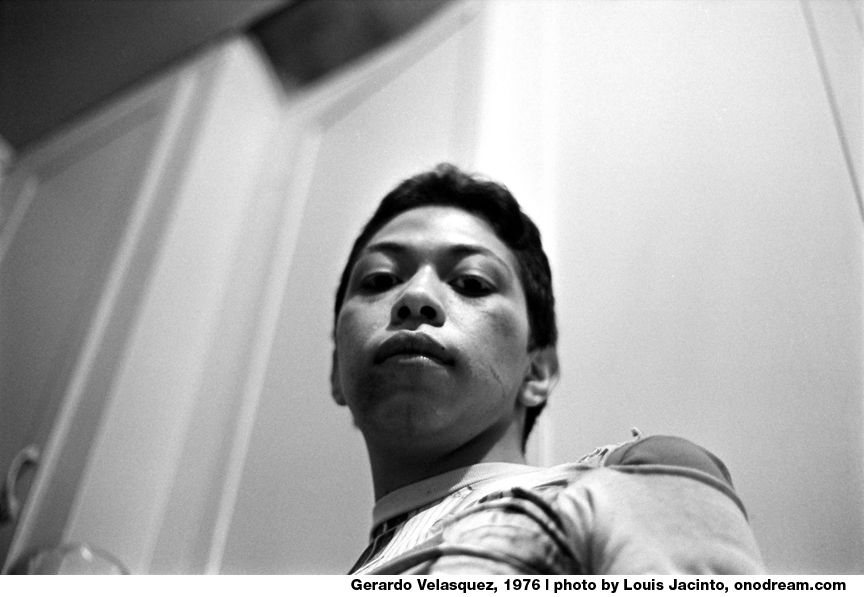 Punk Icon in the Making

Why did Gerardo Velasquez and I become fast friends in 1975? Because he had every Yoko Ono album and so did I. And when punk music hit in 1977, Gerardo and I agreed that the kids our age had finally caught up to Yoko. This photograph from 1976 was taken at a time of transition for the both of us. Gerardo had stopped trying to look like John Lennon and I was photographing everything, everywhere I went. Soon, Gerardo, Mike Ochoa, and I started catching the punk shows. Right after that, Gerardo and Mike, after meeting Edward Stapleton, formed Nervous Gender. I auditioned for the band, too, but Gerardo said I was too pop. In fact, when Nervous Gender hit the scene, not even the rowdy punks could handle their sound!