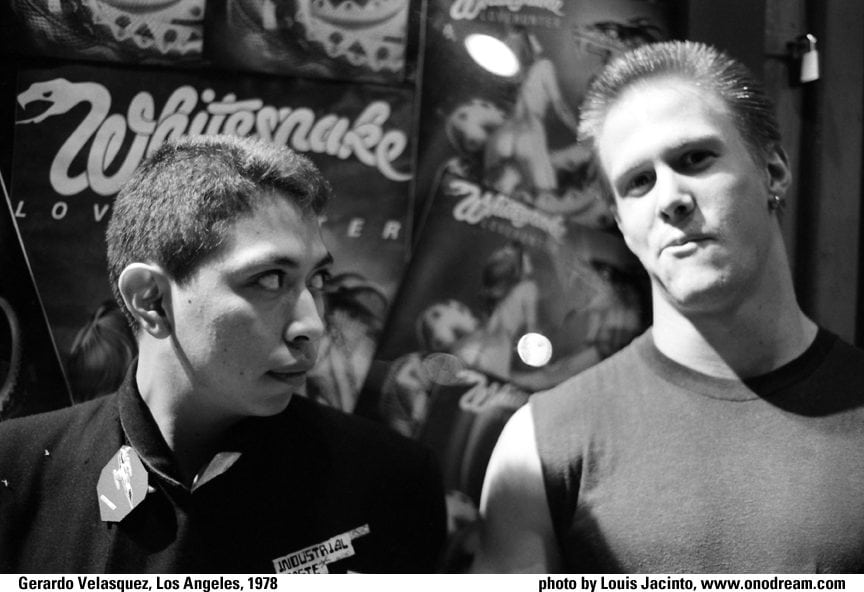 Aug 13, 2016
(click for full size)
I love that for the most part, today’s youth just shrug their shoulders about someone being gay. That is how it was during the initial punk scene in Los Angeles during the late 1970s. It wasn’t about who we were but rather what we were doing in terms of creating this new sound in music and art.

In this image Gerardo Velasquez of Nervous Gender with pictured with Muscle Boy Tom on Hollywood Boulevard. All of us were just teens, or just out of our teens, so naturally we were going to have crushes on each other. Gerardo had a crush on Tom. Tom was not gay, but still hung out with the rest of the Nervous Gender crowd because of friendship and the kinship of the punk music we were making and listening to. It was a wonderful time, and, I believe, paved the way for today’s kids to be able to shrug their shoulders if someone is gay!