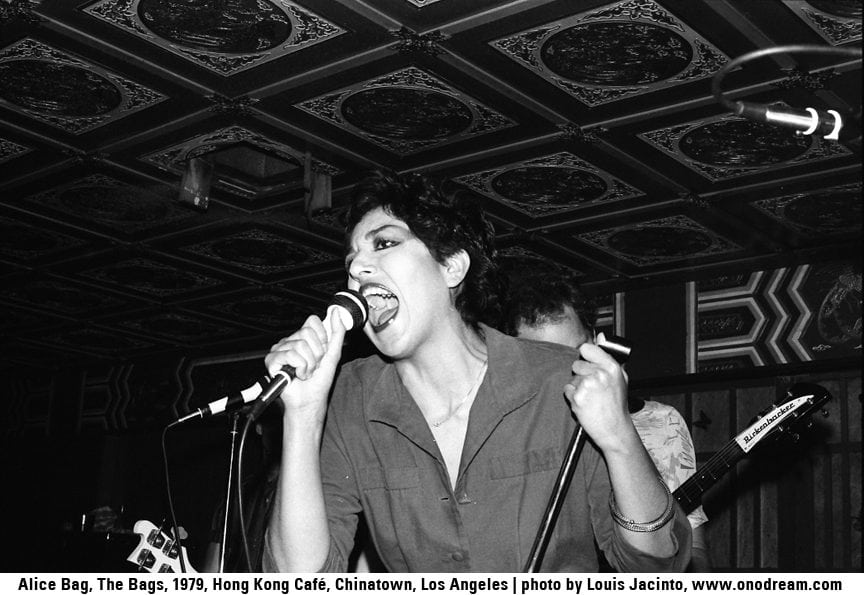 I know its very cliché, but I really was just a kid with a camera during the end of the 1970s. All of the punk bands I saw and photographed—except for Nervous Gender—were not personal friends of mine. I saw the band members as big rock stars and kept myself away from their personal space. It was this respect I had for them that allowed me to catch these artists in performance and create some very beautiful images of them.

Of all the bands, The Bags were my favorite, and absolutely top notch! Alice Bag, as I’ve said many times, had the best voice! And now, in 2017, as she prepares her second solo album, her voice is just as powerful, pure and truthful as ever! I was just a lucky kid with a camera back then!