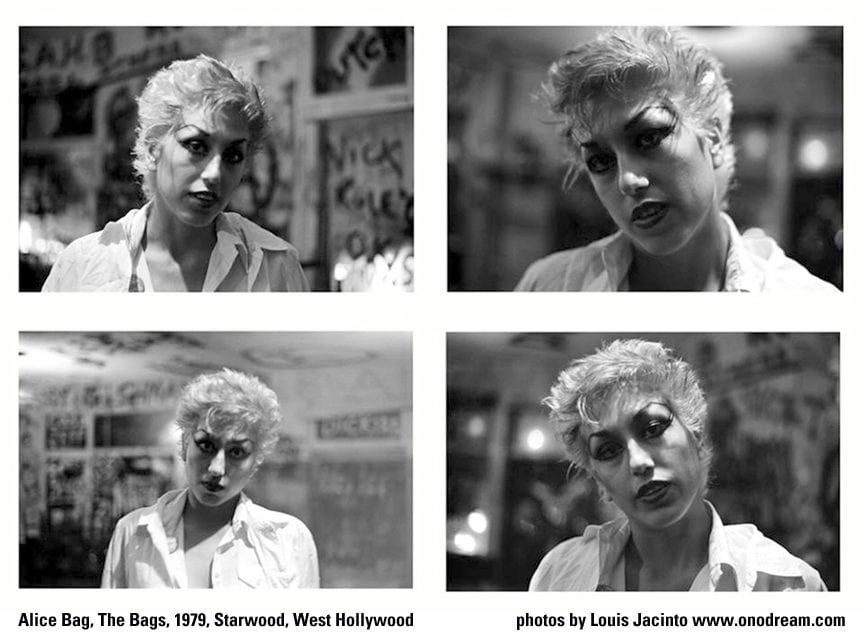 For a good while, the director at Avenue 50 Studio Gallery in the Highland Park community of Los Angeles told me that she wanted to exhibit my photographs at the gallery. I replied how great that would be, but left it at that. One thing a smart artist should never tell a gallery owner is, “You’ve gotta show my work here!” It’s a guarantee that you’ll never exhibit at that gallery. Last summer, I did have a show of some of my punk photographs from the 1970s at Avenue 50. It was a great show with a big turnout. But the gallery director put a twist on it.

During many of our chats, she asked what the punk scene was like from that time. I told her that it was the most diverse group of talented kids than anywhere else in the country. Everyone— boys, girls, gay, straight, black, white, Asian, Latino—were all there, changing the world! So she asked to exhibit the punk bands that I had photographed that also had Latino kids in them. Several of the young people who showed up for the opening night reception kept asking me what year the photographs were taken. When I told them, they always responded with surprise: “The musicians look so contemporary!”

Actually, I think all of us are still trying to catch up to Alice Bag!