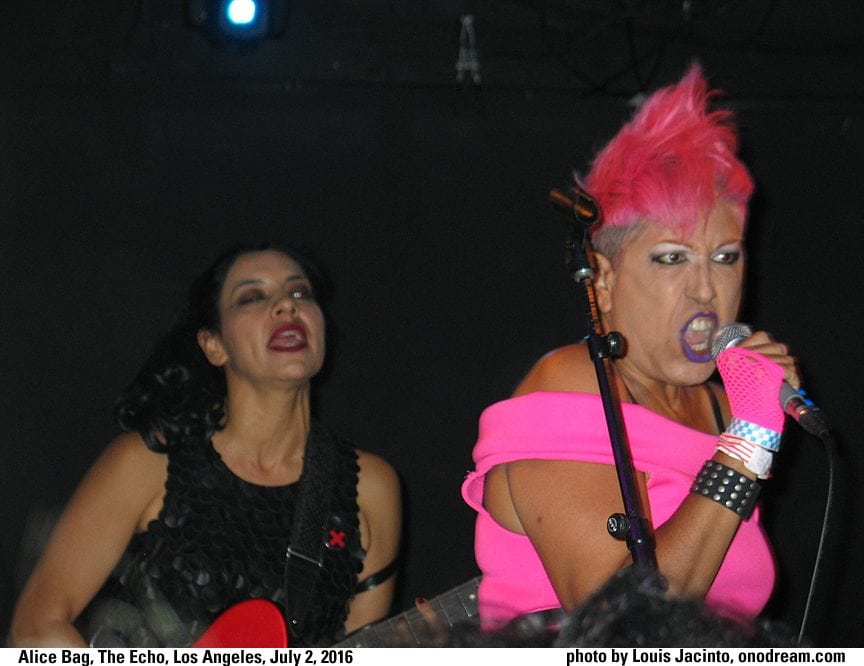 One of my favorite signs at the Women’s March held in Los Angeles read: “I Have the Pussy. I Make the Rules!” Despite my large body of work documenting the legendary Bags in performance during the 1970s, I did not begin a personal friendship with The Bags co-founder, Alice Bag, until 2007 when I emerged from a long hiatus from exhibiting my photographic work.

Upon my return to the art scene, my first exhibit was my images of Los Angeles punk bands from the late 1970s. It was during this time that many of the original Los Angeles punks began to emerge from their own hiatuses and started to perform, write, and set the record straight of what that first wave of Los Angeles punk was really like. Alice is at the forefront of this resurgence.

In 2016, Alice released her first solo album and it kicked our asses! This photograph was taken at the album’s release party. When Alice, in pussy pink, stepped on the stage to The Bags’ classic, Babylonian Gorgon!, she was accompanied by the incomparable Lysa Flores! It is clear that all those years ago, Alice was telling us, even back then, “I Have the Pussy! I Make the Rules!”