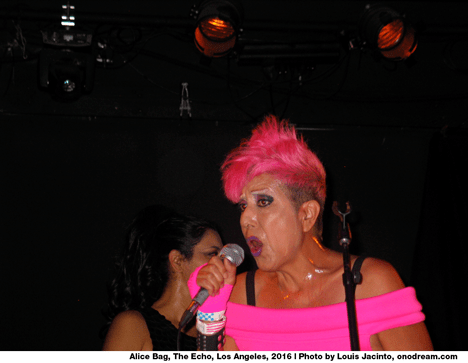 My punk hibernation began at the end of 1980. By this time the Los Angeles punk scene was changing. What was a diverse community—Latino, black, Asian, white, gay, straight, girls, boys—was quickly turning into an Orange County skinhead boys club. No thanks!

The last punk band I photographed—Los Illegals, December 3, 1980—was about to get signed by a major label and record their first album. But five days later John Lennon was murdered. I was done!

A lot of the original Los Angeles punks came out of our hibernation in the mid-2000s, and re-connected with each other. And we haven’t stopped creating.

Alice Bag, co-founder of The Bags, is now recording her third solo album and continues to kick patriarchy ass!